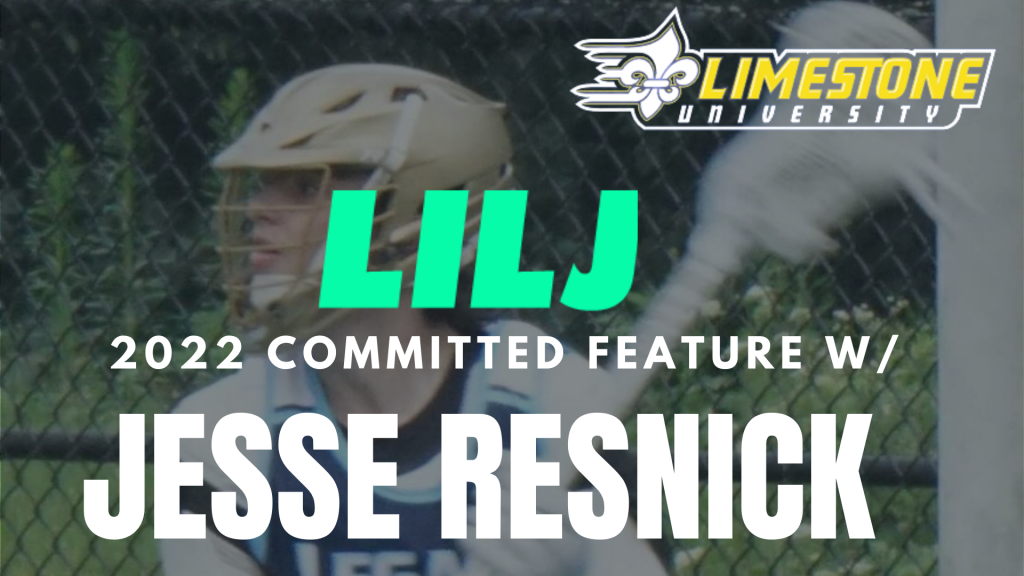 Every high school lacrosse player was anxious on September 1st because that is when college coaches could start recruiting and signing players. This is every high school lacrosse player’s dream because it shows their hard work is paying off. For Islip High School midfielder Jesse Resnick, he has been preparing for this moment ever since he was younger. “I started playing when I was in 4th grade. My friends were playing lacrosse, so I just picked up a stick one day and thought it was cool. I thought it was a unique sport and I just fell in love with the game ever since.”

He describes his game as “fast-paced, very electric, and I’m always trying to help my teammates out. I’m always willing to do the little things because it is not always about scoring goals and getting points. It is about making the right play and being in the right spot at the right time.” With Jesse focusing on himself in addition to helping the team when needed, it is no surprise that he will do anything possible to help Islip win it all. “Our goal is to get one step further and of course take it game by game. To reach the county championships and just have a good time doing it.”

Due to his impressive numbers over the past three years and being a team player, many college coaches were calling in order to sign him. However, Resnick committed to Limestone University in Gaffney, South Carolina, and a big part of that was head coach Brendan Storrier. “He is a great coach, and he is very patient. I said I would be ready to commit right now but he did not want to rush me. I took a few days in between the visit I went on to make sure it would definitely work out. It definitely worked out and it was really nice.” While at Limestone, Jesse will be a part of the South Atlantic Conference and will be playing against teams like Mars Hill University, Anderson University, and Lincoln Memorial University.

However, Jesse is ready to go and compete against some of the best players at the college level. “I am looking forward to playing some high-level competition and getting after it because that is always a great time.” When Jesse starts this next chapter of his lacrosse career at Limestone, he will be studying business in hopes of working in marketing. Before he can step onto campus in the fall, he wants to end his high school career on a high note, and it revolves around winning the county championship.