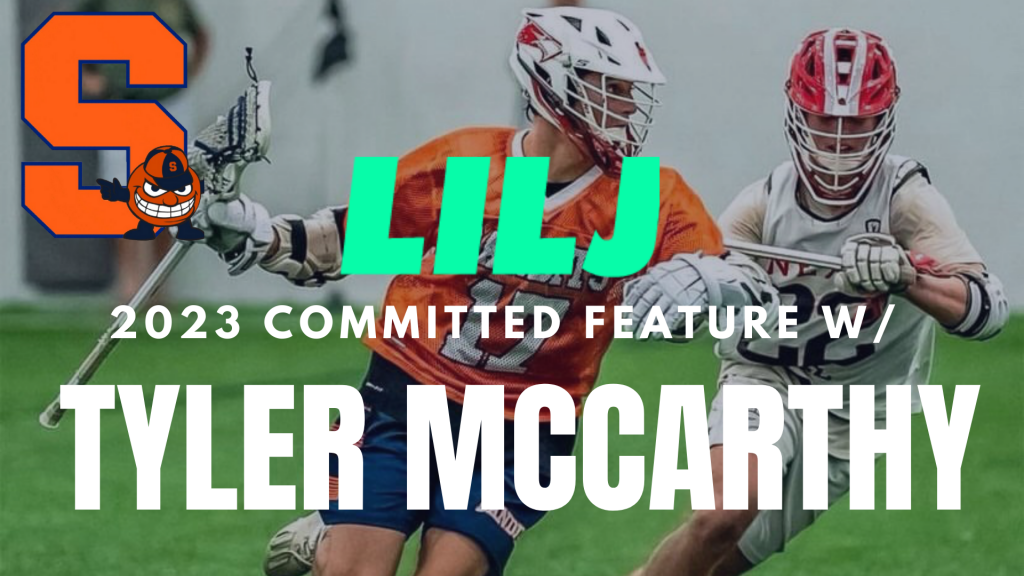 On September 1st, college coaches can reach out to players in order to sign them as soon as possible. The typical lacrosse player would commit senior year however, some of the best recruits who receive phone calls are juniors. This is the case for Connetquot High School midfielder Tyler McCarthy. He is regarded as one of the best recruits on Long Island and his numbers and accomplishments speak for themselves. Last season, he had 34 goals, 23 assists, and 57 points; however, he is more focused on helping the team win. “I am definitely trying to improve every year. All that really matters is how our team plays. I just want to win so, how many points it takes for us to win I’m definitely trying to do that.”

A big reason for his success and the team’s success is head coach Brett Jeffares. “He pushes us every day at practice. He helps us get better and he wants to win. All the coaches care as much as we care. It is great having good coaches that care as much as the players do. With the help of his coaches and teammates, McCarthy was named a 2019 Under Armor All American, Under Armor All American to watch in 2022-2033, and IMG player to watch in 2020. He knows these recognitions are special however, he still has a lot to accomplish. “I think it’s awesome hearing my name going around but, I have to stay focused and try to get better. In the long run, it does not mean much because I need to keep getting better.”

With all his amazing numbers and accomplishments throughout his time at Connetquot, it is not surprising that top lacrosse programs across the country were calling his phone. After talking with everyone, he decided to commit to Syracuse University and play for head coach Gary Gait. “On September 1st, they were actually my first call at midnight. They set up a visit to come later that day. They showed that they cared and wanted me. They were going to put in the most effort out of any college. I fell in love with them and the school so, it was a perfect fit.” Playing lacrosse at Syracuse University is a big deal because of the program they offer; however, what makes this commitment even greater is that McCarthy will be playing in the Carrier Dome. “It is just unreal because you do not realize how big it is until you are in it and on the field. The thought that there can be 20,000 people watching you play inside the dome, it will be so loud and crazy. I cannot wait.”

With the luxury of playing in one of college sport’s most historical venues, McCarthy will be playing in the Atlantic Coast Conference, which is one of the power five conferences in the country. He is very excited when it comes to playing against a high level of competition. “I love playing against great teams and I love to keep the competition high. I think it will be awesome to travel to these amazing schools and play these amazing teams. At the end of the day, you just want to beat them.” With this motivation to beat some of the top teams in the country, McCarthy is excited to get to Syracuse. However, as a junior, he still has two years left and will do anything possible to help the team win right away.