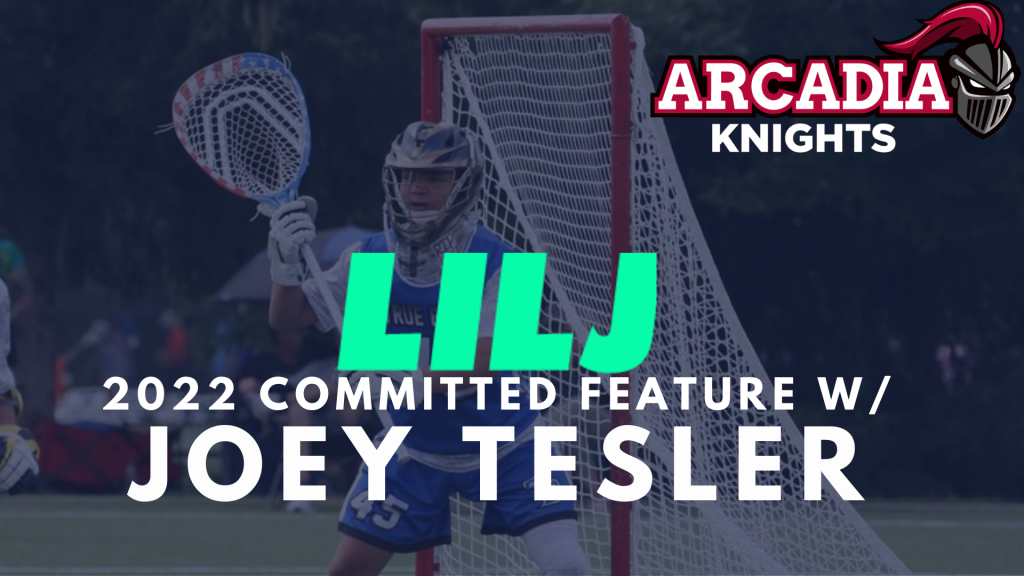 Joey Tesler is ready to fulfill his dream of playing collegiate lacrosse, and he will do so starting next fall at Arcadia University. But before he becomes a Division III scholar-athlete, he is looking forward to his senior season at Bethpage High School.

Tesler started playing the game in first grade and joined his town’s club team, Viper Lacrosse, in third grade. It didn’t take long for him to realize his passion for lacrosse and his desire to play at the next level.

When asked about his experience at Bethpage, he said “the coaches are great. I love the program, all my players and friends, it’s a great group of guys and I’m really excited for the upcoming season.”

Tesler is currently in football season, so in addition to daily practices and weekend games, he is making sure to put in the extra work to get ready for lacrosse season. He mentioned his two good friends, Brian Luzzi and Luke Galgano and spoke about how the three of them get together to do extra training before and after practice and also on the weekends. He believes this really helped him improve as a player.

Tesler still plays for his local Viper Lacrosse team, but also joined another team, True Blue, his freshmen year. He thanks his club experience for helping him in the recruiting process since he was able to talk to many coaches through the tournaments he competed in.

His recruitment process really started in about the middle of his sophomore year where he started to do more serious research for schools that fit what he was looking for. He has plans to study physical therapy, which narrowed his options down but still included opportunities across all divisions.

He appreciated all the schools he visited and the options he had, however Arcadia “was really just the best opportunity academically for me and the best place where I felt I could be for the next four years of my life.”

“When I went to Arcadia, the feel of the campus was just different. It was so much more inviting, and just felt more of a natural place for me to be than any other schools I visited,” he said.

Tesler expected to have a huge sophomore season, which unfortunately got cut short due to the breakout of the pandemic. He noted how difficult it was to be seen by coaches during this time, including the fact that no film could be recorded or recruiting tapes completed while the sports world was at a standstill. This made the summer before his junior year even more important. Through his hard work and dedication to the game, he was able to find a program that suits him the best despite the challenges.

Arcadia University is in the MAC Freedom Conference, where he feels the biggest competitors for the foreseeable future will be Misericordia University and DeSales University. “I’m most looking forward to competing for a national championship and a national title, at least winning the conference,” Tesler said.

A word of advice he left for players like him looking to achieve their collegiate dreams is to just never stop working. Make sure that no matter what you’re doing, you’re trying as hard as you can and always working to get there.