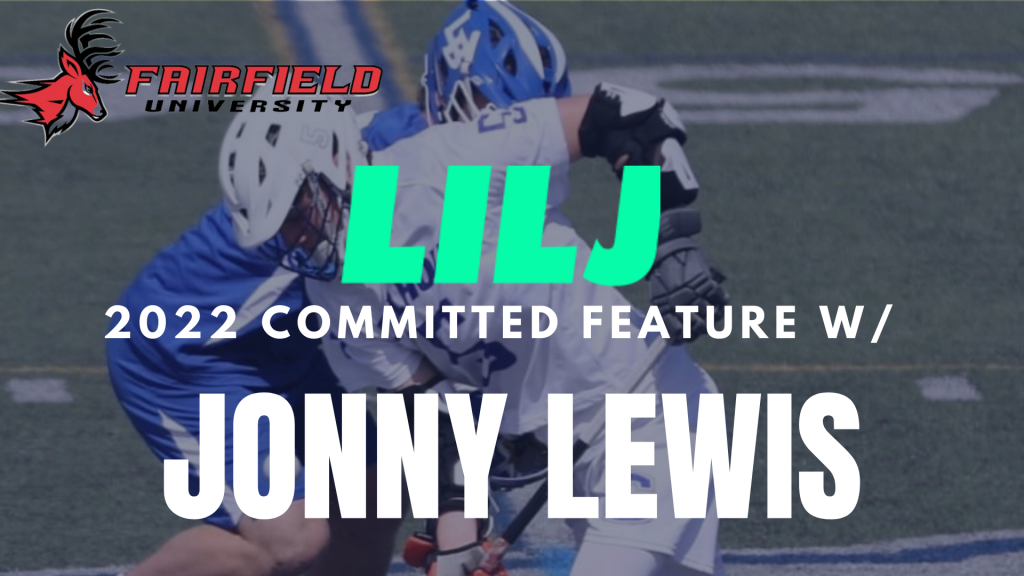 Every high school player across the country works hard in order to sign a college contract. This shows that all their hard work over the past couple of years is being recognized. On September 1st, high school players across Long Island got their chance to sign with colleges across the country. One of those players who has made his commitment for next year is Jonny Lewis. Lewis is the current face-off get-off for Calhoun High School in Merrick, NY. The journey to making it to this point started when he heard about lacrosse from his family. “I had an older sister who played lacrosse, she loved it and my parents figured to try it out with me and my other siblings. [I] Fell in love with it since I was a kid and continued to grow my love for the game.”

Ever since Jonny’s love for the sport grew, he has constantly worked to improve his game as the face-off get-off player for his team. A crucial moment in any sport is having the ball when the game is on the line and those are moments that Jonny embraces. “It is a pretty important position. Obviously, the more your team has the ball, the more opportunities you have to put the ball in the net. It is definitely a big responsibility but, I love having it. I think a lot of times a game is on the line, and I love being in those moments.”

Last season, Jonny had 30 ground balls, 10 goals, 8 assists, and 18 points. He wants to improve his numbers; however, a big reason for his impressive season last year was due to his flexibility to play multiple positions. “I ran a lot of midfield. Mostly offense but a little of defense and that is where a lot of those goals and assists come from. This year I would like to get those numbers up as far as goals and assists on the offensive end. The more well-rounded I am, it makes you a stronger player overall and it makes coaches want you especially during the recruitment process.”

Jonny’s words spoke into existence when coaches were calling to sign him; however, lacrosse was just one factor that played into his decision. “I was looking for a school that had good academics. I wanted to have a good connection with the coaches. Coaches who wanted me and we would have open conversations.” He found that perfect match with Fairfield University and one of the major reasons that he was drawn to Fairfield was head lacrosse coach, Andrew Baxter. “He has been around the game for a while. That is a guy I wanted to play for. During the process, he was very accepting, very understanding, and very accommodating. Very humbled he wanted me to play for his program.”

With his commitment to play for the Stags, Jonny will be joining the Metro Atlantic Athletic Conference that includes high competition like Iona, Marist, Rider, and Quinnipiac. However, Jonny is ready for the challenge when he steps onto campus in the fall. “It is extremely exciting playing division one lacrosse no matter what the level is especially looking at the matchups. Especially with the face-off position, it is really amazing.” Jonny is excited for the next chapter of his life however, he has one high school season left and will do anything possible to end on a high note.