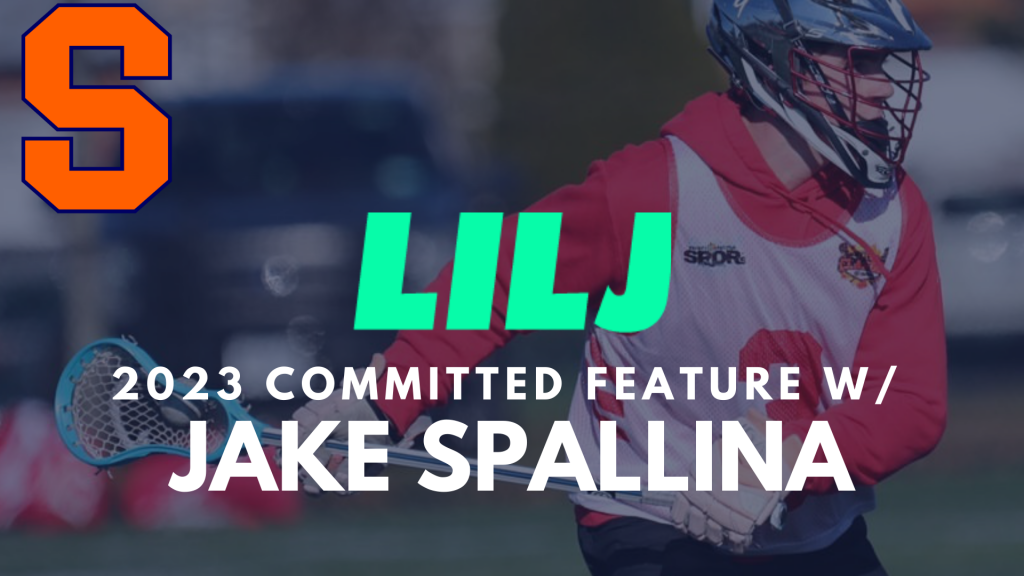 Jake Spallina is a junior this year at Mount Sinai High School and has recently committed to play Division I lacrosse at Syracuse University. After an incredibly successful season last spring, Spallina is looking forward to what’s ahead; next season and playing collegiate lacrosse with his brother.

Spallina started playing lacrosse in kindergarten and has always had a love for the game. It was when he watched his brother, Joey Spallina, play his first Varsity game as an eighth grader that he realized he wanted to get to that level. And since then, he has worked hard to get there.

His club team, 91 Bandits, has been coached by his father, Joe Spallina, since the team started in first grade. “My dad helped me through this whole process, and ever since I was little, he’s been pushing me to be the best player I could possibly be.” He owes his success and progress as a player to many other teammates and coaches along the way, but he specifically expressed his gratitude towards his long-time personal trainer Tommy Kelly, who works with him on face-offs.

In preparation for his senior season, Spallina is working out every morning at 5am before school. He focuses on his lifting during the off-season, which is also when he plays for his school’s football team. He believes that being a multiple sport athlete helps keep up his fitness for lacrosse and that working on different movements through different sports translates to his progress as an athlete.

Some of his teammates play winter and spring sports together which Spallina believes strengthens their team chemistry off the field.  By looking at their County Championship and Long Island Championship trophies from last spring, that statement seems to ring true.

In the beginning of Spallina’s recruitment process, he was staying open minded about all his options. But by the time he went to visit Syracuse, he knew it was where he wanted to be. He said that the campus is beautiful, the coaches loved him, and “I’m also getting the opportunity to play with my older brother, so I can’t pass that up.” Joey Spallina is currently a senior and will be arriving at Syracuse University next fall, so the two will play with each other again after one last season at Mount Sinai High School.

Although he has been successful with his high school team, Spallina’s club team is well-known and allows him to travel across many states for tournaments and competitions. “I think coaches saw me playing a little bit more with my travel team, so that was probably the better look,” he said.

Spallina ultimately chose Syracuse because he wants to play at the highest level and the coaches have faith that he will be a big contributor to their program. When asked what he was most looking forward to he said, “I think just playing in front of a huge crowd and playing the sport I love in front of them.”

Before he can compete for the conference title in the ACC, he will have two more opportunities at the high school level to run it back as County and LIC champions. Some advice he leaves for other aspiring athletes is “just keep working. You got to push yourself and do whatever you can to be the best.”