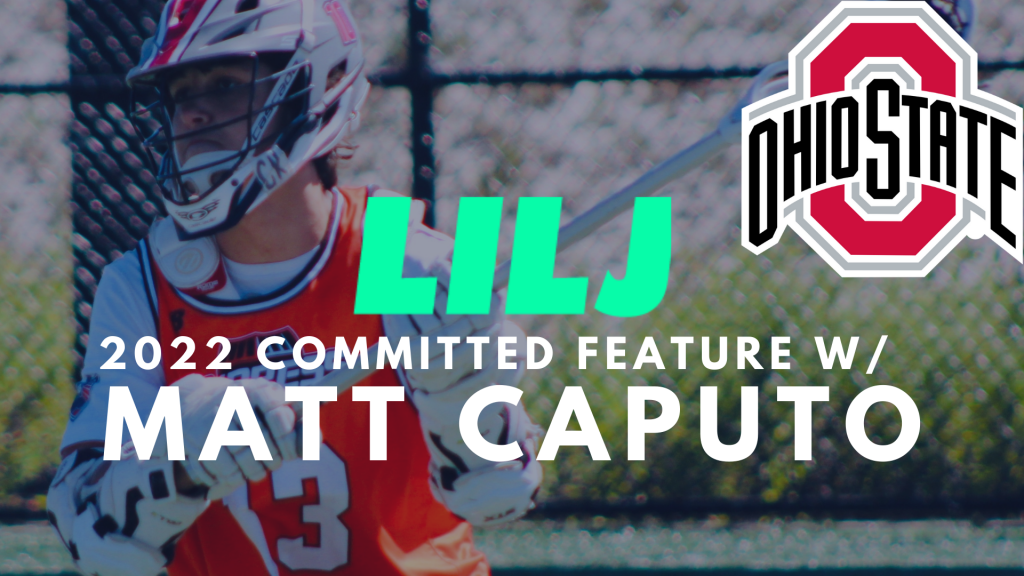 Matt Caputo is set to bring his talents to The Ohio State University next fall, where he will play Division I lacrosse in the Big 10 Conference. The senior attack expressed his gratitude for where his lacrosse journey has taken him and is ready to end this chapter of his career on a high note.

Lacrosse has been a part of Caputo’s life since he was two years old, when his brother put a stick in his hand. He joined his first club team, Long Island Lacrosse, at five years old and by the time he was in middle school he knew he wanted to play at a high level. The same level that he watched players compete at in the NCAA Tournament on television.

Since transferring to Lutheran High School (Luhi) his sophomore year, he has loved his experience there and has truly grown as a player. “Every single person I stepped on the field with has definitely made an impact for sure,” he said. The bond between his teammates on and off the field is perfect, in his words.

He also mentioned his coach, Mike O’Reilly, and how “he’s just been a role model and a great coach from right when I stepped on campus.” Caputo is looking forward to his senior season under Coach O’Reilly and has been putting in the work out of season to make sure his body is ready to go come spring.

Long Island Express gave Caputo the opportunity to play and grow up with a great group of players, who he now calls his brothers. They’ve all been able to support each other as teammates and now they get to watch and cheer for each other as they go on to play at many impressive lacrosse programs across the country.

His club coach, Coach Chanenchuk, really set the tone for him as a young player, and Caputo said he is very fortunate to have had him as a coach so early in his career. Playing at an intense club level allowed him to travel to Maryland, New Jersey, and other states to compete against high competition and to be seen by college coaches.

“Every kid’s dream is waiting for September 1 of their junior year to start,” Caputo said. This is the first day that college coaches are allowed to contact prospective players according to recruitment rules.

From the start, he wanted to attend college far from home. He also did not want to rush his recruiting process. He visited Ohio State within a week of talking to the coaching staff and knew it was the place for him. “Just everything about them I loved, it was a perfect fit for me, and I almost instantaneously made the decision,” he said.

There were rules during the pandemic that made recruitment more difficult than other years. During the “dead period,” prospective athletes were not allowed to take official visits to campus with the coaches. “But you know it all worked out in the end, and I’m super grateful,” he said.

Caputo is looking forward to everything Ohio State has to offer, starting with stepping on campus for the first day. “I’m definitely looking forward to playing at a higher level, playing against top tier teams in the Big 10, ACC and being on the field.”