Posted on October 1, 2021 by Brendan Capozzi 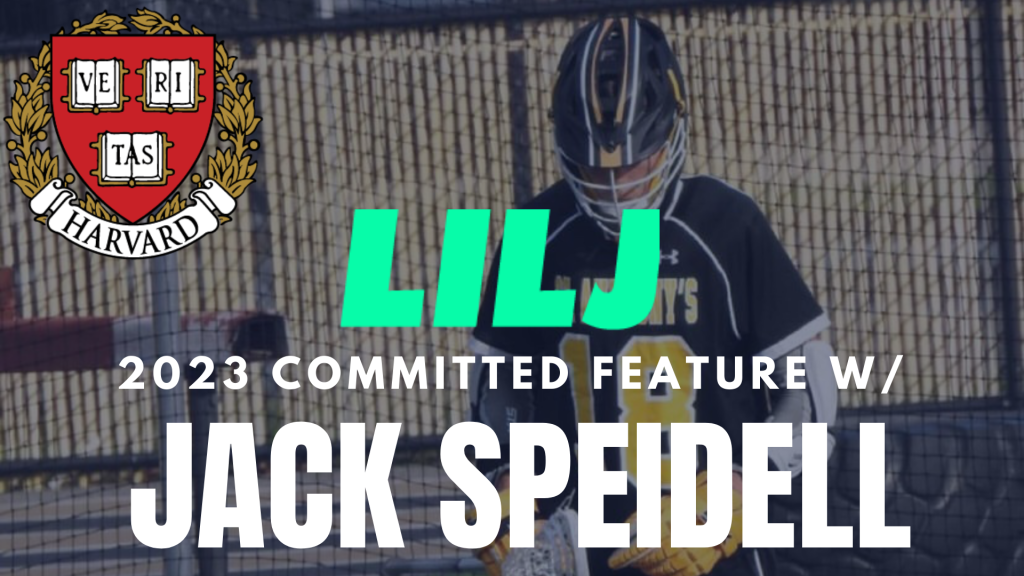 St. Anthony’s High School junior Jack Speidell is someone who will find every opportunity to improve his game. Ever since being introduced to the game, Jack has loved every aspect of it and his love for the sport grew. “My uncle introduced me to lacrosse when I was in kindergarten, so I used to play fiddle with him in the backyard. From there, it just started to grow, and my dad played in high school for a little bit and my love for the sport has grown.”

Due to all his hard work and passion for the game, Speidell has made the decision to commit to Harvard University in Cambridge, Massachusetts. One reason he is playing for a high-level program is the versatility he has been using on the field.

One reason that Speidell has been able to be versatile and have a lot of success is the experience playing for Team 91.

With the high level of competition and the success that Speidell has been having, a lot of college coaches wanted him to be a part of their program. However, he was not thinking about college until he received phone calls on September 1st.

“I tried to keep it out of my head till September 1st and just see whatever comes to me, take it all in, just be respectful, make sure I make the right option and consider every school.”

After considering all options, Speidell’s decision to attend Harvard and become a Crimson is something he is excited for since head coach Gerry Byrne was a big reason for his early commitment as a junior.

One of the biggest perks of playing for this big program is being able to play in Harvard Stadium in front of around 30,000 people. Even though that is a big crowd, Speidell is very excited about the opportunity to play in front of a lot of people.

Another perk of playing for this program is being able to play against teams in the Ivy League conference. Speidell is really excited about this opportunity to play against competitive players.

“I wanted to able to receive high academics then also to play at high-level competition. This is something I want to be a part of.”

With Harvard’s incredible history, they are also a program that has won titles in the past. They have won four conference championships and Speidell wants to help win the fifth for the Crimson.

Until he can step onto Harvard campus as a student, Speidell has two more years left at St. Anthony’s High School and will do anything possible to leave a legacy of being one of the best players in the program’s history.