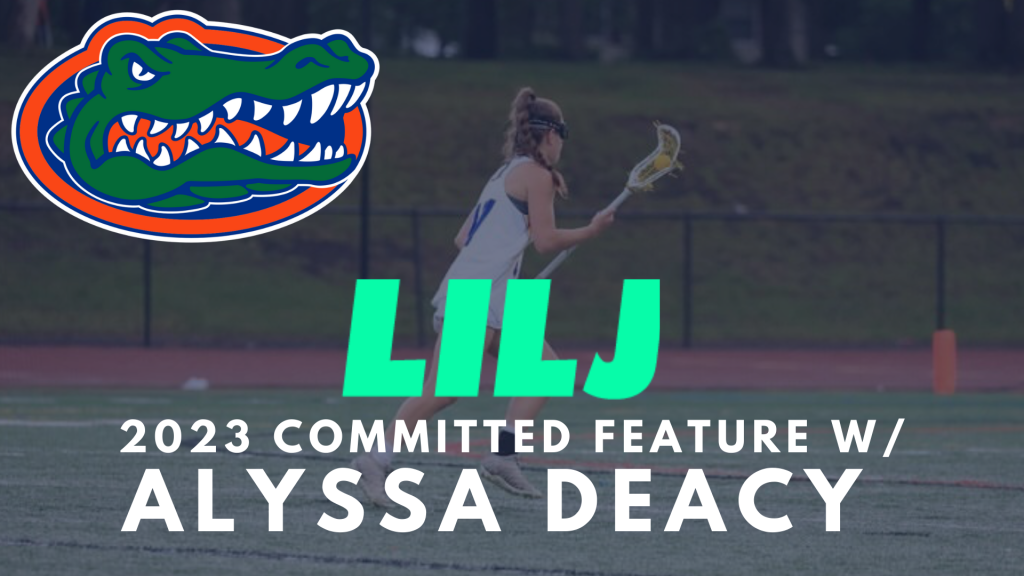 Alyssa Deacy is officially a Florida gator. The junior midfielder from Comsewogue is excited to compete for two more years before she joins some of her teammates at the University of Florida to play Division I lacrosse.

Deacy started playing lacrosse in pre-K and realized she wanted to play at the next level in eighth grade when one of her teammates from the varsity team committed to play Division I lacrosse at Norte Dame.  She knew she wanted to play at a level like her, and through the help of her high school and club teams, she has achieved her goal.

“I honestly love it at Comsewogue because we are all the same type of people. We love to get after it, work all the time, and we love to win,” she said. This past spring, her varsity team broke a record at Comsewogue, and won their first ever playoff game, making it to the second round. She is especially looking forward to the upcoming season because the girls she played with on her youth team will all be on varsity come spring. She feels that they will have a shot at winning the County Championship.

Deacy also plays field hockey during the fall season for her high school. She believes field hockey helps her become a better lacrosse player and helps her increase her stamina. There is a lot of running involved which translates into her position as a midfielder for lacrosse.

In addition, she works out four to five times a week and loves to train at Port CrossFit. She has been practicing every day and making sure she is well-prepared and ready for her junior season.

Deacy has been playing for Long Island Yellow Jackets since she was in sixth grade. She thanks her coaches, Becky Thorn and Tim Colbert, along with her teammates, for always pushing her along the way. They always have fun during practice but make sure to go 100% so they can get better individually and as a team.

Her recruitment process was stressful in the beginning, but also exciting. On September 1st at midnight, she waited up to see who wanted her at their school and who was going to call. “It just makes you feel accomplished inside, that the work you’ve been putting in has resulted in success,” she said.

Deacy believes her club team helped with recruitment the most because it allowed her to play against the best competition. But her high school experience contributed to her recruiting process as well because it helps her prepare throughout the spring.

She picked Florida because, “When I walked on campus, I just felt like I was home. The coaches and players there were amazing.” She said the girls there reminded her of her friends from home. She felt it was the perfect fit for her; everyone was so nice, and she fell in love with the school.

Her advice to players aspiring to play collegiate lacrosse is to keep working and keep pushing yourself. If coaches haven’t called yet, they will. Don’t take anything for granted because you never know what’s going to happen. Your dreams will come true in the end.

Three of Deacy’s friends from Long Island have committed to play at University of Florida as well. She is looking forward to having people she knows there and getting to play with them. “I’m just ready for the competition, hopefully to win the championship.”