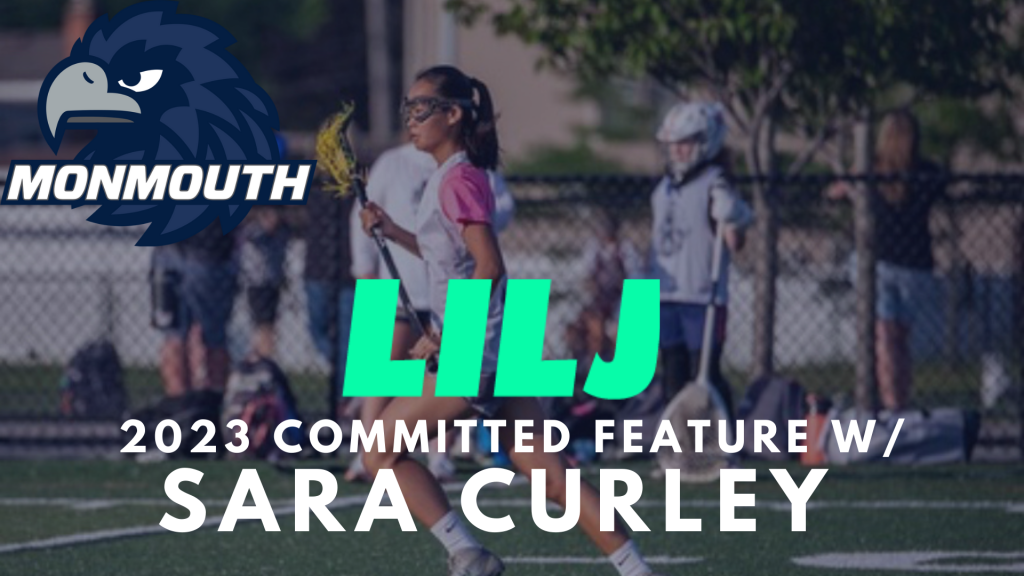 Sara Curley, the first of her family to pick up a stick, is now the first to play at the next level, as she has committed to Monmouth University to further her academic and athletic career. She has two more seasons with Lynbrook High School before she goes on to pursue her Division I lacrosse career.

Curley started playing lacrosse in third grade and knew she wanted to play collegiately when she joined a travel lacrosse team in sixth grade. After losing her freshman year spring season to Covid-19, her varsity team was able to make it far into playoffs this year and she’s looking forward to making another run at the championship next year.

In preparation for the upcoming season, she trains with her athletic trainer, TJ Demartino, four days a week. She also makes sure to get on the field as much as possible and participates in small group sessions. Demartino is someone that Curley noted as an inspiration in her life. She also has been fortunate enough to train with Kylie Ohlmiller, former Stony Brook lacrosse legend and current professional lacrosse athlete. Curley has been training with Ohlmiller since seventh grade and truly looks up to her as a player and as a person.

Curley has played club lacrosse at Long Island Empire since sixth grade. “I have been able to take a leadership role and that definitely helps with how I play on the field and how I grew as a player,” she said. She loves pushing everyone and having her teammates push her in practice as well.

Her recruitment process started in December of last year, when she made a long list of schools that she was interested in. Once she finished her first full season at Lynbrook and began to start her summer season, her list was narrowed down, and she began to email those coaches. After a summer full of tournaments, September 1st meant she could begin speaking with coaches directly and make official campus visits.

When she visited Monmouth, she could tell the coaches really wanted her and she loved how close it was to Long Island. By her second visit, she officially committed and could not be happier with her decision.

Her club coach, Vinny Tetro, is also her high school coach. “He definitely was the biggest part of my recruitment,” she said. He was always contacting coaches for her and her teammates and let them enjoy their own process. Since they lost a season to Covid-19, their work ethic completely changed once they were able to get back on the field. They played harder than ever, and she felt the new environment helped bring her game to a whole different level.

Curley said the campus at Monmouth was beautiful, and the girls she met on the team were very inviting and friendly. As a big beach person, Monmouth’s proximity to the beach was ideal for her.  Curley is looking to study either health science or exercise science, which are big majors for a lot of the athletes on the team.

She also loves the fact that her family will be able to support he at her games. “They have always supported me and been my number one fans. I can’t wait to have all my family in the stands supporting me in New Jersey.”

Her advice to aspiring collegiate athletes is to just work, and it’ll come to you. She has two more years to play for Lynbrook and is looking forward to more games like their semi-final upset against North Shore last year. “I’m just putting my head down and working as hard as I can. And freshman year when I get to campus, I’m just hoping I will be in the best shape I have ever been in, and I will make a huge impact right when I step on the field.”