Posted on October 8, 2021 by Brendan Capozzi 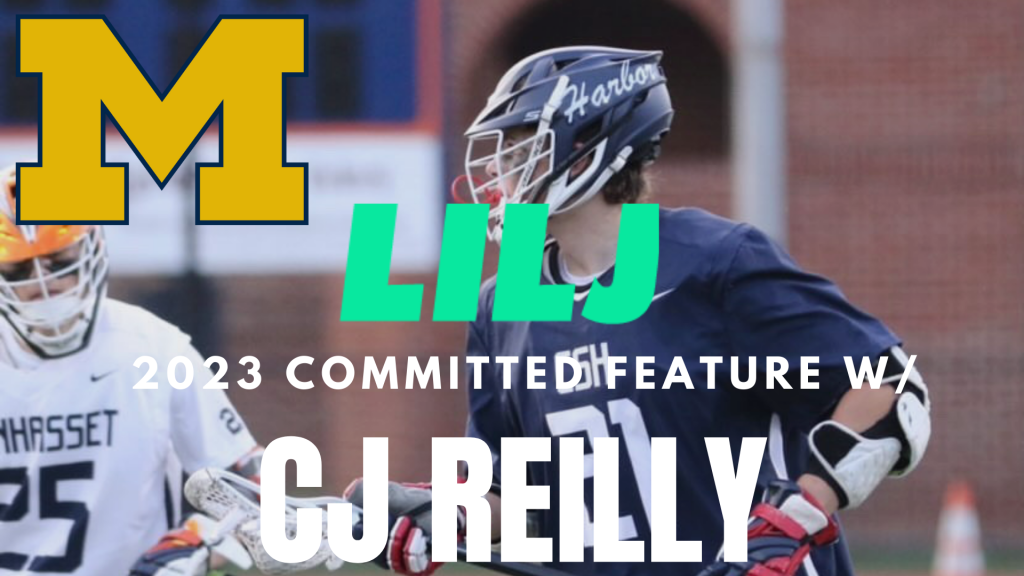 Cold Spring Harbor High School junior CJ Reilly knows that in order to be a great player, you need to work hard. He learned this lesson of working hard from his family and they are the reason that he started playing lacrosse. “From a young age, my family has always been involved in lacrosse. My uncle, both parents, everyone has played in my family. My dad gave me a stick when I was two or three years old.”

As an attacker, he has one of the most important positions on the field and loves to step up in the leadership role for his team.

“Try to be as versatile as I can. Be a defenseman, put the ball in the back of the net but also set up my teammates.”

With his versatility as an attacker, Reilly mentioned that he has had some experience playing midfield. That is one of the reasons why college coaches want him to be a part of their program.

“A lot of them want you to be a two-way middy and to focus on defense. That is a good part of my game that I like to use in travel as well as school.”

With his ability to play multiple positions, Reilly had an incredible season last year with 32 ground balls, 9 goals, 11 assists, and 20 points. One big reason for his success is head coach Dennis Bonn, who led Cold Spring Harbor to a 13-2 record last season.

“He has been a great guy throughout everything. He has been a huge part of the recruiting process and development as a player on and off the field. He is a great guy, and it has definitely played a huge role in my recruiting.”

Speaking of recruiting, it was clear that a lot of coaches were calling Reilly. However, while Reilly was considering all his options, there were a couple of requirements he wanted in order to make his choice clear.

“Going into the whole recruitment process, I wanted to use lacrosse to get to the best school I can. I wanted the greatest college experience and play for a great team. Michigan checks all those boxes because of the great academics, great business school, growing lacrosse program that will be at the top very soon, and the great Big 10 atmosphere.”

With all the success that Reilly has had along the way, he decided to commit to the University of Michigan. A big reason for his commitment as a junior is head coach Kevin Conroy and the staff that surrounds him.

“On September 1st at 12:01 am, my first call was Justin Turri. I knew these guys really wanted me. Until my official visit, coach Conroy, coach Rogalski, and coach Turri have been great to talk too. They answered all my questions, and I had a great visit out there. I fell in love with it right when I got there.”

In addition to playing for some of the top coaches in the game, Reilly will be playing in the Big 10 and being able to be a part of a power five conference. He also has the ability to play against high-level competition and that excites him.

“Michigan’s program is growing right now and all the schools in the Big 10. Happy to be a part of it, it is going to be fun. I love high-level competition and big-time athletes.”

Before heading to Michigan, Reilly has two more years at Cold Spring Harbor. He will do anything possible on and off the field to make sure not only they beat their rivals, but they also win a championship to go along with it.