Posted on November 5, 2021 by Mia Sansanelli 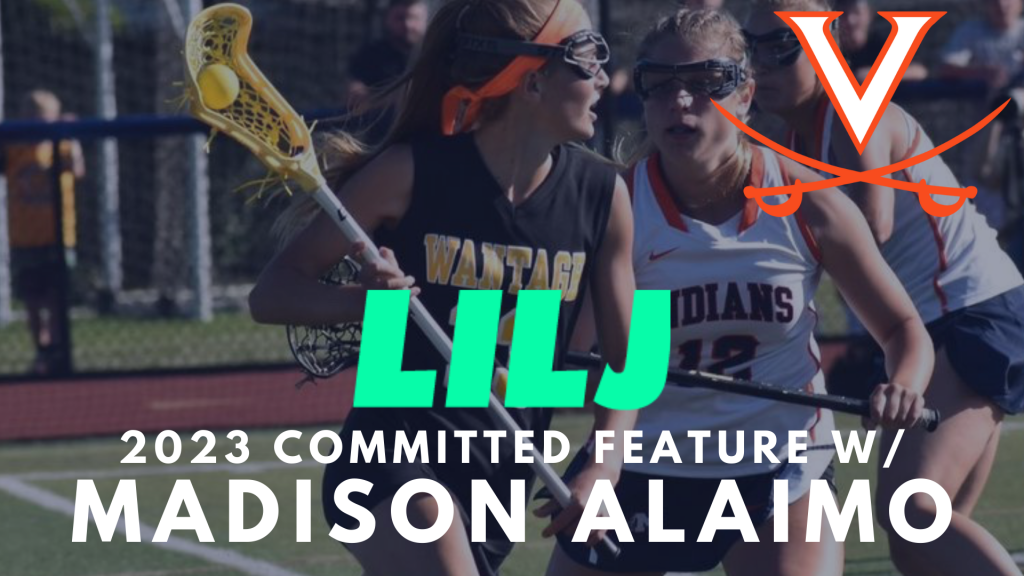 Madison Alaimo has committed to University of Virginia where she will further her academic and athletic career starting in the fall of 2023. Before she competes at the Division I level, she has two more seasons at Wantagh where she hopes to lead her team back to the postseason.

Alaimo started playing lacrosse in second grade and has older siblings that also played. “I’ve always looked up to them and wanted to follow in their footsteps,” she said. Her older sister, Allie Alaimo, plays lacrosse at SUNY Cortland and was noted as her inspiration. One of Madison’s favorite memories from her lacrosse career was getting to play with her sister on varsity as an eighth grader and the two continue to train together.

She has played lacrosse since third grade and has had a great experience through her club and school teams. For her high school team, they have been doing a lot of team bonding outside of practice so that they have a strong connection on and off the field.

In preparation for the spring season, Alaimo has been going to the field and to the gym in addition to team practice for club once a week. She also makes sure to do some wall ball especially with tournaments starting up this week. She also plays on the Wantagh varsity soccer team which kept her quite busy athletically during the fall.

The Wantagh girl’s lacrosse team lost the County Championship game to Manhasset last spring, so their goal is to win that trophy this year despite losing eleven seniors from their roster. Individually, Alaimo plans to strive to be the best and work hard on and off the field this next season. She plays for Long Island Top Guns and has been a member since she started where she had played up an age group. She has been fortunate enough to play with the same teammates and now they are able to get recruited together as well. She believes both her high school and club teams helped her gain great exposure to college coaches and allowed her to be put in contact with them directly.

This summer was the first summer season where about one hundred college coaches were able to come see this age group play in person. Alaimo said it was such a cool experience to play in front of all of them, and it marked the start of her true recruitment process. She was looking for a good balance between athletics and academics in her future school and she believes she found that at University of Virginia. When she visited campus, she thought it was the best fit for her overall. “I love the coaches and campus and all the players. Everything about the school is amazing.”

Her advice to players currently going through the process is to be open and don’t close yourself off to the one school you have in mind. She ultimately picked Virginia for everything it had to offer academically and athletically. “I’m looking forward to playing under the coaches and I hope to win the championship.”