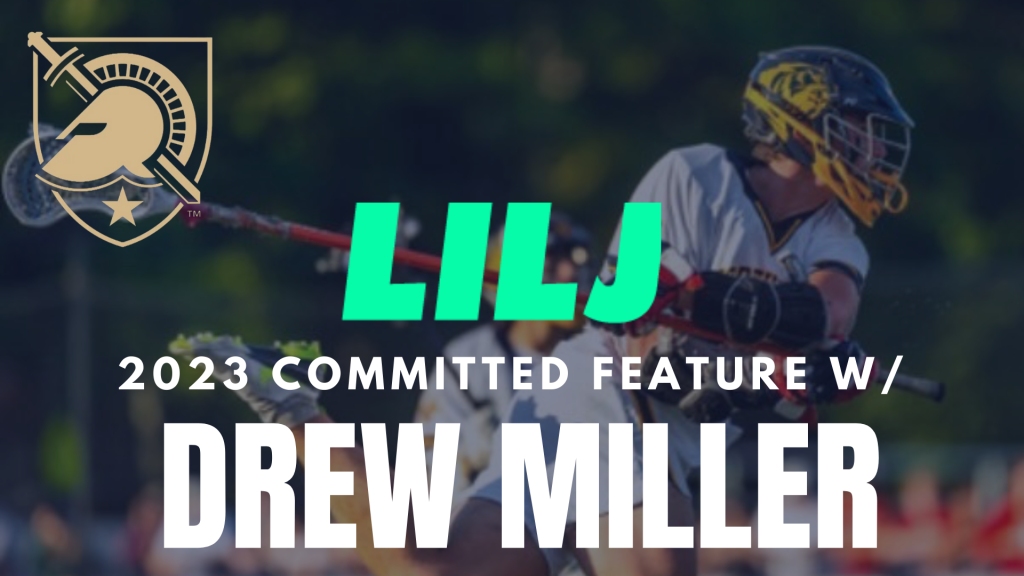 Being versatile is something that many people can do. In the sports world, it is important because having the ability to play multiple positions can make a coach’s job a lot easier. For Northport High School junior Drew Miller, he is a top player on his team due to his ability to play multiple positions. “It’s important because you never know who is going to be the better player on the other team. You are going to match up with him, be able to go behind the net, guard the “X”, guard down the alleys, and transition.”

Miller is a defender and long-stick midfielder for his team, and this has made him one of the top prospects on Long Island for the class of 2023. One person who has helped Miller become a great player is head coach Larry Cerasi.

“He is my biggest mentor. He got the head coaching job during my first year on the varsity team. We have had a great bond since then and he has been helpful during the recruiting process.”

Since Drew did not know what to expect when college coaches were calling on September 1st, he asked coach Cerasi for some advice on what to do. Miller received some great advice on how to handle all the attention that he was getting from many programs.

“He did a great job at taking care of all the calls and facilitating a lot of information for me to plan ahead for what was going to happen. He helped me go with my gut feeling which led me to West Point.”

After considering all colleges that were recruiting him, Miller decided to attend the United States Military Academy in West Point, New York. One of the biggest reasons for his early commitment is head coach Joe Alberici and Miller could not be more excited to play for him.

“Coach Alberici might be one of the nicest people I’ve ever met. He came to me and was very nice, very well-spoken. I love being around coach since he is great to talk to. I think that it is important since I am going to be playing for him for four years and know him for the rest of my life. I think it is important to have a good mentor and have someone I can look up to while I am away at West Point.”

Attending West Point is something that few people in this country have the chance to do. Drew Miller is not only playing lacrosse, but he is also going to serve our country in the meantime. That is one of the bravest things a young man can do, and he knows he is going to be a part of something bigger than himself.

“West Point is an impressive academy that I feel is imperative to be a part of. Once I learned more about West Point, what it was about, and how they develop you as a leader, a student-athlete, and creating someone who can better society. It is the most important opportunity that I could take, and I did not want to pass it up.”

Even though Miller committed to play lacrosse, that is not his main goal to achieve while at West Point. He has a lot of motivation heading into this next chapter of his life and could not be more excited to get started.

“I wanted to find a place where I could work hard, do my best to become a better leader, help serve others, and work hard to do so.”

Before heading to West Point, Miller has two years left at Northport and will work hard to repeat as Long Island champions. After his high school career is over, he will be taking the next step in his life to serving others in the United States Army.