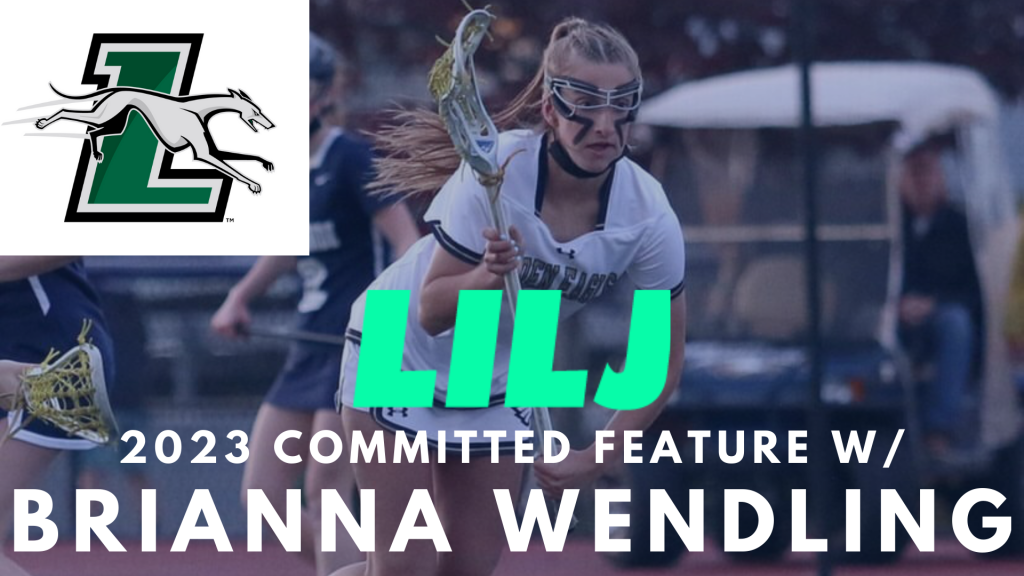 Brianna Wendling will become a Loyola University Maryland Greyhound and play Division I lacrosse starting in the fall of 2023. Before she continues her academic and athletic career down in Baltimore, she has a few more seasons with Bethpage girls lacrosse and with her Long Island Jesters club team.

Wendling started playing lacrosse in second grade and instantly fell in love with the sport. She said all the coaches and teammates she has had have contributed to her amazing experience with the sport. When she made the varsity team in eighth grade, she knew she wanted to continue to play at the next level. When speaking about her Bethpage team she said she loves every moment she plays with them and, “it’s just such a family atmosphere. I am so excited for this upcoming season; I can’t wait for it.”

In preparation for the spring season, she is participating in indoor training and individual training sessions. A lot of her teammates just finished soccer season, and some are now in basketball season, so they are keeping busy athletically. She also is playing with girls on her club team, Long Island Jesters, which she has played for since seventh grade.

Wendling finds her inspiration as a player in her high school coach, Alyssa Kildare. She pushes Wendling every day no matter what season she’s in and is always checking in on her. “I can never thank that woman enough for what she’s done for me.” Last spring, Bethpage was the conference champions. So the goal this year is to keep that status and hopefully achieve even more. Individually, Wendling hopes to get more looks at attack and score more goals.

She described Long Island Jesters as an amazing organization, and she loves playing with her team there. She started on the B team when she joined, and her coaches pushed her to eventually get to the A team. Her high school coaches have also pushed her to get better and have helped shape her into the player she is today. According to Wendling, she could not have asked for better coaches in her lacrosse career.

She started her recruitment process in July by sending emails and never had a set school in mind. On September 1st, she got contacted by many schools and started to narrow down her options. When she first visited Loyola, she was impressed by everything, starting with the campus itself. She said that the coaches and team were amazing, and although the process was overwhelming, her visit to Loyola helped her decide that it was the place for her.

Wendling said her club coaches were super helpful during all her teammates’ recruitment processes. They helped reach out to coaches, schedule visits and clinics, and even offered extra training to get ready for prospect days. Her high school coach fortunately had a lot of connections as well, so she was able to explore many different options.

Wendling said the atmosphere made the difference when compared to her other options. She described it as a family atmosphere just from watching the practices. She loves the girls on the team there already and when she toured the campus, she said the school itself just felt like home.

Her advice to players going through the process now is to “enjoy every single moment of it. Take your time,” because you’re going to miss it when it’s over. The biggest lesson she’s learned from her lacrosse career is that it is a family sport. Everyone must contribute and it’s not all about individual efforts. Wendling is excited about the strong academic programs Loyola has to offer as well as joining the Greyhound family very soon. “I am looking forward to becoming friends with all the girls on the team. And I’m looking forward to the practices, working hard, and taking my lacrosse levels to the next step.”