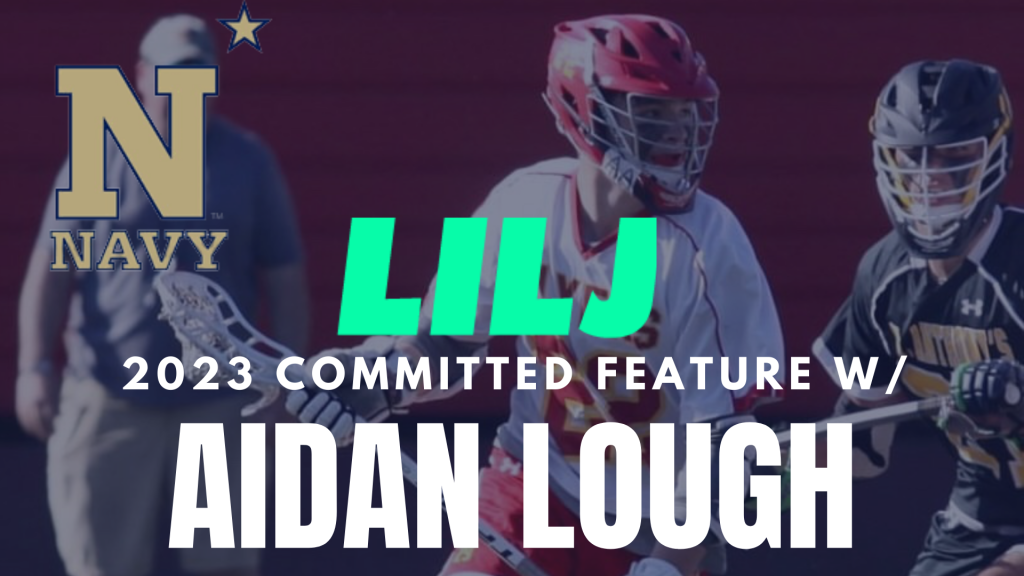 Going to a great high school can be the gateway to attending an amazing college. This is the case especially when it comes to sports due to the amazing coaches that help you reach the college level. For Chaminade High School junior Aidan Lough, playing lacrosse for one of the top high schools on Long Island means he will work really hard to improve during the off-season. “Going to Chaminade means you will be facing a lot of amazing competition because you are playing a great team every week. In the off-season, it is important that you get bigger and stronger. I am working on my speed right now, but a lot of the training is lifting, speed, and agility, as well as shooting.”

With all the work Lough has put in over the past couple of years, he is one of the best midfielders for Chaminade and knows his game is important to the team’s overall success.

“A midfielder is a big part of the Chaminade offense because we do a lot of transition. We are a very good team in transition, and I think a great part of our offense is dodging from up top. Midfielders are a valuable part of our offense, and they are the key to our success.”

One reason Lough has been a great Midfielder for Chaminade is head coach Jack Moran. Aidan has been attending Chaminade camps ever since he was little and coach Moran has been a huge asset as time goes on.

“I have been going to the Chaminade lacrosse camps ever since I was in seventh grade. He is a great guy because he is not only a great coach but also a great person. You can go to him if you have any problems and someone you can go to if you need anything. He is a great mentor because if I have an issue, he is the first person I am going too. As a coach, you need to have good composure and he does a great job at that. He does not let his emotions get the best of him on the field which makes him a great person to be around.”

With all the great coaching Lough has gotten, his game has elevated to a high level. College coaches noticed this improvement and wanted to recruit him as soon as possible. After considering all options, Aidan Lough decided to commit with the United States Naval Academy to follow in his grandfather and fathers’ footsteps. A big reason he decided to attend the Naval Academy is head coach Joe Amplo.

“The initial visit with him was amazing. He is a great guy and was able to meet coach Ross who is the offensive coordinator. The big thing that stood out to me was when my guidance counselor called me in saying coach Amplo is coming up to see you. The fact that he went out of his way to see me and talk at my own school was amazing. I knew he would be there for me during the next four years and that he really wanted me.”

With his commitment to serve our country, Lough is going to be a part of something bigger than himself. This is a big step in his life and beyond excited to start this next chapter. He has a lot of motivation heading into Annapolis and a big part of that is the great players he will be teaming up with.

“Something I am super excited about is teaming up with the guys in the 2023 recruitment class. I am excited to start living with them and seeing them every day because they are a great group of guys. We all had a zoom call, and it was nice to meet all of them which means bonds are starting to be formed. When you get to the Navy, you will not be alone, and the greatest part is that you will have a team around you.”

Before heading to Annapolis to become a Midshipman, Lough has a couple of years left at Chaminade to improve his game even more. When he is at the Naval Academy, he will meet his lifelong friends and start the greatest honor of his life serving our country.