Westhampton vs. Wantagh Epoch Game of the Week Preview 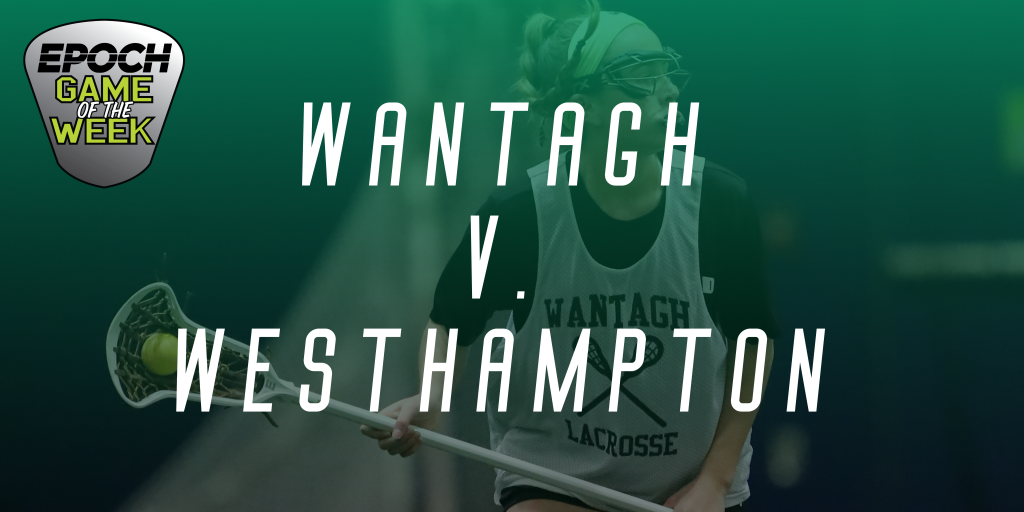 So far the LILJ is one for one when picking epoch games. This week’s Epoch Game of the Week is a matchup between the Westhampton Beach Hurricanes and the Wantagh Warriors. We’re going to find out soon enough if Westhampton will improve to 2-0 or Wantagh evens up their record at 1-1. Let’s preview these two teams as we get closer to this matchup!

The Hurricanes come into this one following a great come-from-behind win over Shoreham. They were down early but completely flipped the script in the second half, outscoring Shoreham 8-2. Their goalie Maya Farnan was huge in that half, making save after save to help gear her team that comeback win. She finished the game with 14 saves and was the epoch player of the game. Their all-star midfielder Olivia Rongo as well as Lily Berchin will also be vital for them if they want to make it two straight wins. Rongo totaled three points in their win and was big in the gb department, coming up with four ground balls. Freshman Reese King is also someone who could potentially be an x-factor in this game. She scored twice in their win last week and was two for two in the draw circle. Wantagh’s defense will definitely have their hands full trying to contain this offense which has the ability to catch fire in a hurry.

This week Westhampton will have to deal with a Wantagh team who is one of the best teams in Nassau when they have all of their top guns. Last week they were not a fully loaded team, missing Eva Ingrilli, Madison Taylor, and Erin Whitaker. They ended up falling against YJ Spallina 17-8. Madison Alaimo was quarterbacking their offense throughout their game against. She is great at reading a defense and as the ability to make something out of nothing. They scored a total of eight goals in that game and Alaimo was responsible for seven of them, scoring four times and recording three assists. If Wantagh is at full strength going into this game, they’ll play a completely different game than they did last week, but if they remain short-handed Alaimo will shoulder the load offensively for Wantagh.

This should be a good one between these two teams. One thing we do know is that if Westhampton falls behind, don’t count them put because they have already proven they have the ability to come back and win. Give a comment down below letting us know who you have coming away with the win in this Epoch Game of the Week!