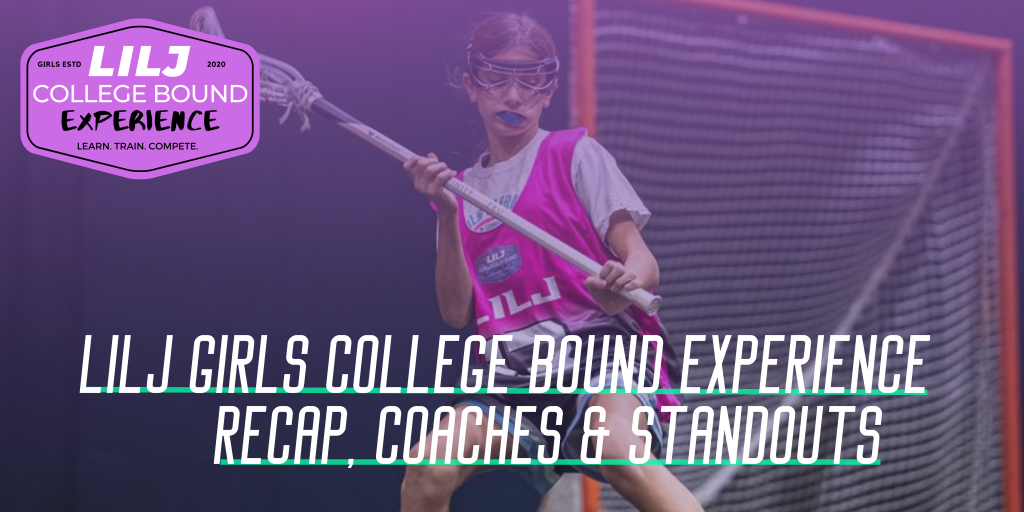 The second annual girls College Bound Experience was a great event that was created by the LILJ for elite 6th, 7th, and 8th graders to gain knowledge and get college level training from coaches at various programs across the country who have ties to Long Island. The event was held at Stony Brook University at their indoor sports complex on December 22nd and 23rd from 4:30-7pm.

The event was directed by Stony Brook Head Coach Joe Spallina, and the coaches from each of the schools in attendance were coaching-up the players in different drills that were stationed across the facility. On the first night all of the players were broken up into groups based on their position, but got to rotate throughout each of the drills before breaking into their groups to work specifically in areas suited to the position they play. Some of the areas that the drills focused on were shooting, dodging, shooting free positions, footwork, defensive break-downs, draw controls, boxing out, and ground balls. The goalies had their own station where they worked on hand-eye coordination drills while also taking turns making saves on the coaches.

On night two the players got in some stick work to get the night going, then were broken up into three teams and played games for the remainder of the night. Each team played two 25 minute games and one eight minute game to maximize the playing time and amount of opportunities to showcase their skills. The coaches were coaching up the players during the games, teaching them things that they may have done wrong so that they can learn from their mistakes and be prepared for similar situations in the future. Overall, it was a beneficial event for both the players who got a taste of what playing at the next level is like, and the coaches who got to see the skills from up close point of view that the young guns have.

The LILJ also paired with Volk Brand which is a Long Island based clothing. Volk set up their mobile store just outside of the facility where players and parents were able to check out some of the merchandise that Volk has to offer. There was even a Volk swag award that was given out at the conclusion of the second night. The award was given to Giselle DiPietro of Connecticut who always played with her head up, had a positive attitude and tremendous energy over the two nights.

The talent was through the roof at the College Bound Experience, but here are five players who really caught the attention of the LILJ for the impact that they made on the field.

Giselle DiPietro of Connecticut really opened the eyes of the LILJ throughout the games during the second night. She has great vision on the field and knows how to attack her matchup, knowing when she has the edge against her defender.

Farmingdale’s Juliann Brzeski put on an offensive clinic during game play. She scored in transition at ease and when she fired shots on goal she didn’t miss much. Brzeski also showed tremendous hustle by not quitting on plays and always sticking with it.

Meredith Weigand of Manhasset plays with a lot of speed and has a tremendous burst of energy. Once her hands are free she’s a serious threat to score. Although she plays fast she also has a sense of knowing when to slow the game down and let it come to her. Weigand will also take advantage of mistakes made by her opponent and make the hustle plays to ensure extra possessions for her team.

Kings Park native Sophia Russo was all over the defensive side of the ball. Russo was getting into the passing lanes and scooping up the 50/50 balls. She also does the little things that may sometimes go unnoticed but can be the difference between winning and losing.

Sohia Moschitta of The Patrick school really flourished in the net every time she took the field. Her ability to make saves at a high rate in the games that are played at such a fast pace is extremely impressive. She also seemed to absorb what the coaches were teaching her during the drills like a sponge and apply it in the actual games.