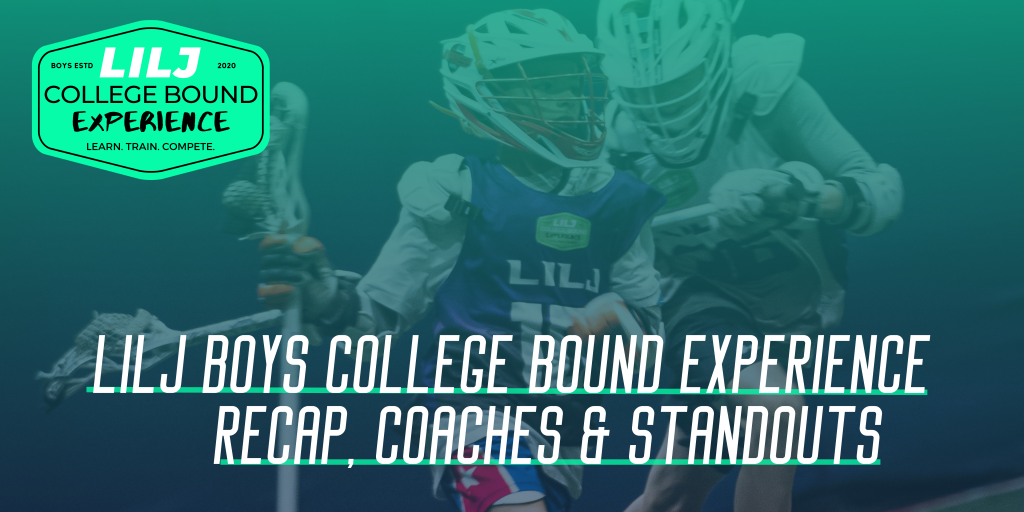 Some of the top middle school boys participated in the second annual LILJ College Bound Experience. The event was put together by the LILJ and took place at Stony Brook University at the indoor sports complex on December 22nd and 23rd. The boys were in action from 7-9:30pm where they got to learn and develop from some of the premiere coaches at the college level.

The first night focused on the training and getting reps at different stations based on the players position. A lot of the drills on the offensive end were geared towards getting reps in shooting both from around the crease as well as from long range. Players also worked on footwork as well as ball movement. On the defensive side players got reps in ground balls and boxing out. The goalies were at their own station practicing technique and making saves on the coaches.

On the second night the players briefly got in some more reps and stick work, and then the remainder of the night featured a full fledged game that was four 15 minute quarters with an 80 second shot clock. The use of the shot clock helped the players become a custom to what the game is like at the collegiate level. The two teams were created by the coaches in draft that took place at the conclusion of the first night.

The Atlas defeated the Chrome, but the most important thing was seeing the players apply what they learned the night before during the drills in an actual game atmosphere. The coaches were coaching up the players as the game went on to help them understand what they did right and what they may have done wrong in order to be better in the future. The two night event proved to be extremely beneficial for both the players and the coaches and everyone got a lot out of it. Many of the coaches will have these players on their radar in the future when it comes time for them to be recruited in the years to come.

The LILJ also partnered with Volk Brand which is a Long Island based clothing company for the event. Players and parents had an opportunity to check out the merchandise just outside the complex at Volk Brand’s mobile store. An award was also given out at the conclusion of the two day event to the “Volk Swaggiest” player. The award went to Roy Testa of Cold Spring Harbor who took home a pair pf Volk sunglasses.

So many players played extremely well during the course of the event, but here are five standouts that left a lasting impression on the LILJ.

Roys Testa of Cold Spring Harbor had a tremendous two days at the College Bound Showcase. He has the mentality of someone who brings his lunch pail to work and will do the dirty work that may sometimes go unnoticed in the stat sheet but can have a huge impact on winning.

LuHi’s George Mavlios is a natural goal scorer. He seems to just always be in a position to find the net and can sometimes make plays when it doesn’t seem like much is available. Mavlios did everything he could to keep his team in the game.

Mt. Sinai native Tommy Massaro displayed his versatility, using both his left and his right hand during the training. He was the primary face-off guy for his team throughout the games and did a great job winning his matchup in the draw circle.

Brendan Sim of South Side got a lot of great scoring opportunities, taking advantage of his matchups and creating a lot of shots on goal. Sim showed his athleticism and his craftiness in and around the crease.

Kings Park’s David McCue was extremely active on the defensive end. He played great on-ball defense, showcasing his footwork and his length to make things difficult for his opponent to go one-on-one.