Epoch Game of the Week 1: Mt. Sinai Begins Title Defense with 12-4 win over Class A Northport 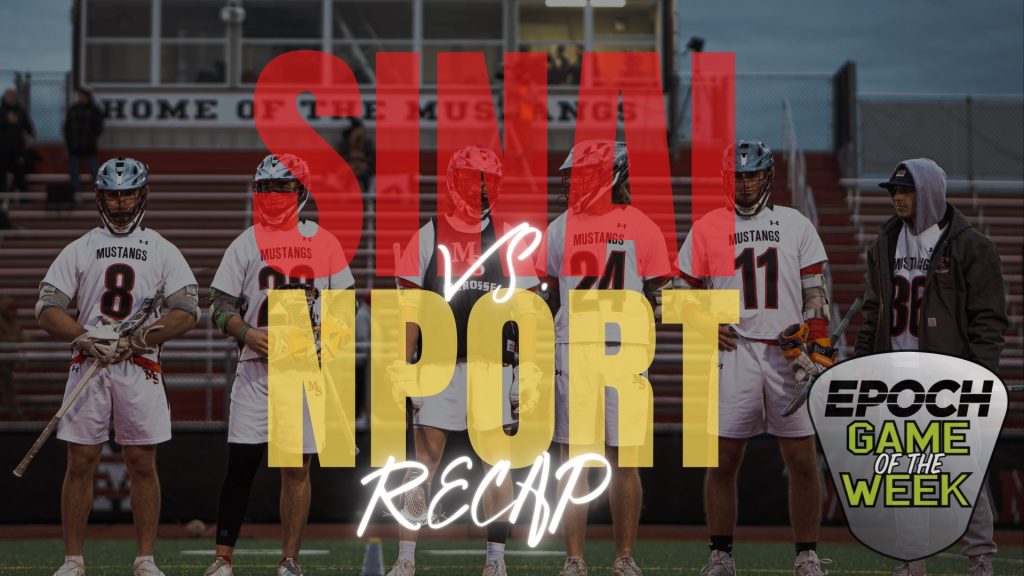 High school lacrosse on Long Island is back in full swing for the first time since 2019. The LILJ is attending games each and every day which includes one game each week  that is deemed the “Epoch Game of the Week”. The first epoch game was a matchup between two Suffolk County powerhouses. The reigning class a champion Northport Tigers traveled to Mount Sinai to take on the reigning class c champion Mt. Sinai Mustangs in a non-league showdown for the teams first game of the season. Let’s analyze how the Mustangs came away with the victory.

Mt. Sinai asserted themselves from the very beginning of the game. They won the opening draw and wasted no time getting on the board as Joey Spallina found Lucas LaForge who sniped one with the left hand to give them a 1-0 lead. They added another goal in the first quarter to take a 2-0 lead after the first 12 minutes. The way Mt. Sinai came out, they easily could have had a larger lead, but Northport’s goalie Luke Lamendola made some key saves to keep them in the game.

The trend continued in the second quarter with the Mustangs controlling the time of possession. They extended their lead to 3-0 on a strong pick set by Joey Spallina to free up his brother Jake Spallina who put one in the upper left corner. It took Northport until the midway point of the second of the second quarter, but they got on the board with goal by long pole Drew Miller to make it a 4-1 game. Mt. Sinai added three more goals, including a BTB finish from Joey Spallina who dodged from X that was assisted on by James Carretta, a sniper from the 20 yard line by Christian Colantonio, and a goal in front of the cage by Cole Marsala that was assisted by Joey Spallina. After two quarters of play the Mustangs held a 7-1 lead.

Mt. Sinai managed to control the third quarter the same way they controlled the first half. Northport had a difficult time combatting the 10 man ride that Mt. Sinai put on them. The Mustangs defense led by Dylan Sageder was stifling all night long and was great at closing the gaps on Northport’s attackmen and midfielders. They also took advantage of some unforced errors which led to Joey Spallina scoring twice in the open field. Northport scored at the buzzer with a goal by Jacob Starcke, but they trailed 10-2 after three quarters.

The final frame was pretty evenly matched. Both teams wound up scoring two goals each, including a goal from another one of Northport’s long poles Nicholas Valenti. However it was just too much for them to overcome as the Mustangs strung together a complete game to win 12-4 and open their season 1-0. The three Epoch Players of the Game were Joey Spallina, Dylan Sageder, and Brayden Wilcken who made eight saves while only allowing just the four goals. Despite the loss for Northport, Luke Lamendola recorded nine saves which kept the Tigers within striking distance in the first half. The next time the Mustangs will be in action is March 28th when play on the road against Port Jefferson. Northport has a quick turnaround as they play at home March 25th against Port Washington.