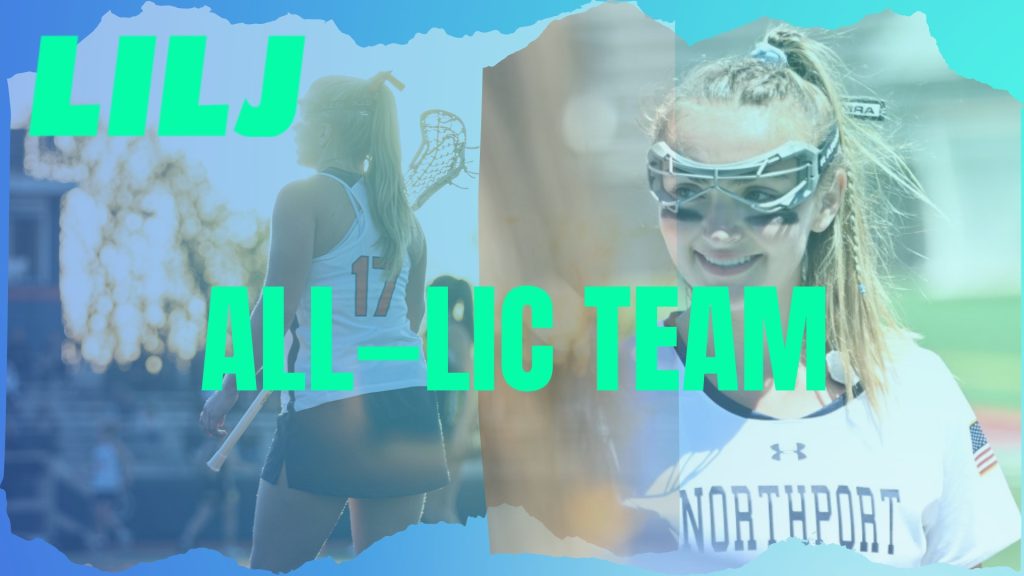 The 2022 Long Island Championships featured some unforgettable games. Win or lose many players had standout performances in what may have been the biggest game of their high school career. The LILJ has put together a first and second  All-LIC team based on the level of play specific to the LIC. Here are the players who have made the first and second team as well as the honorable mentions!

Alexis Morton– Attack (Manhasset): Morton was dominant against a top notch Phantom defense, finishing with four of the eight goals for the Indians.

Ashley Melillo- Attack (Massapequa): Despite the loss Melillo tallied three goals including two crucial goals in the second half which gave the Chiefs a great opportunity to win the game.

Kaylie Mackiewicz- Attack (Northport): Coming up incredibly clutch for the Tigers, Mackiewicz tied the game in the closing minutes to force overtime, then scored the game winner in double overtime to give Northport the title.

Shannon Smith- Attack (Northport): Smith had one goal and two assists with biggest one coming the Mackiewicz game winner in double overtime.

Ava Tighe- Midfield (CSH): Tighe was unguardable in the LIC, attacking every matchup which led to her scoring six goals.

Caitlin Barrett- Midfield/Draw (Manhasset): Barrett proved to be a maestro on the draw circle. She completely took over against a Phantoms team that is great on the draw as well. Barrett also added two goals in Manhasset’s LIC win.

Olivia Rongo- Midfield (Westhampton): The senior middie was vital on both ends of the field and on the circle in game that went six overtimes.

Alexandra Schneider- Defense (Manhasset): Schneider was a hawk on defense which helped limit Bayport to six goals. She is a Swiss-army knife for Manhasset and also spent part of the game playing midfield.

Isabella Blanco- Defense (Westhampton) Blanco was a hero for the Hurricanes, scoring the game winner to give them a 6-5 win over Garden City in the sixth overtime. She also made a few big defensive checks in the overtimes which led to Garden City turning the ball over.

Mabel Overbeck- Defense (Garden City) As a sophomore Overbeck was the anchor of a Garden City defense that never allowed Westhampton to get into a rhythm offensively and had them in dry spells for an extended period.

Amanda Grimes- Goalie (Garden City) In a six overtime loss Grimes had arguably the game of her life, tallying 16 saves with many of them coming in high leverage situations.

Maya Farnan- Goalie (Westhampton) As only a freshman Farnan didn’t shy away from the moment and was a brick wall when the Hurricanes needed her most. She allowed only five goals and kept Garden City off the board in all six overtimes.