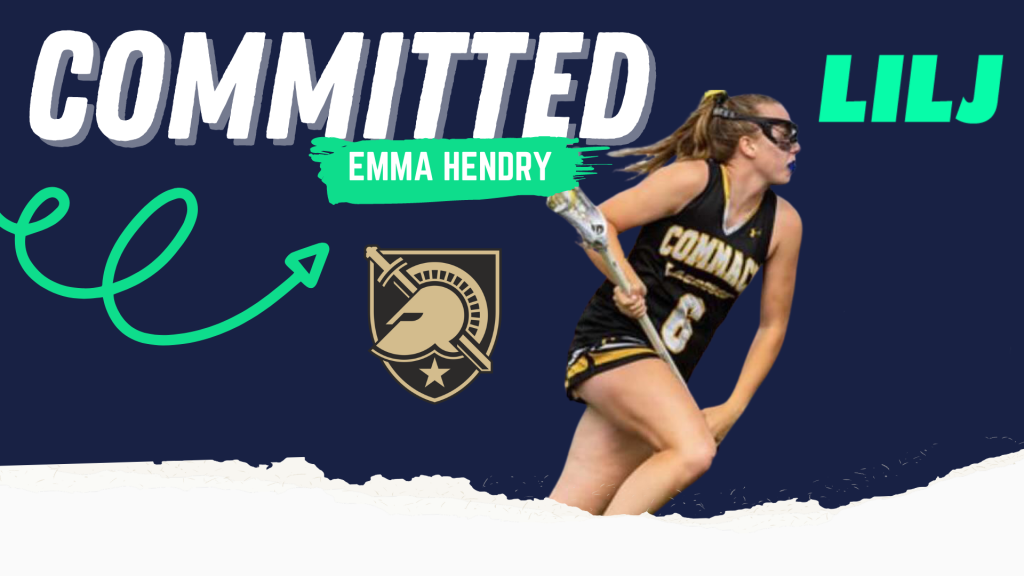 Commack’s Emma Hendry will be taking her talents to Army West Point where she has committed to continue her lacrosse and academic career. Going back to her recruiting process Hendry recounts getting the call on July 1st from Head Coach Michelle Tumolo, describing her as one of the nicest people to talk to. Initially she was going to wait until September 1st to make her decision, but after visiting the campus in August where she was able to picture herself being there, she knew that Army was the place for her and didn’t need any more time to make a decision.

Army will give Hendry the opportunity to not just play lacrosse, but also train to serve the United States, adding to her very service oriented and patriotic family. Her grandfather served in the military, her dad is currently a police officer and her mom is a teacher. Hendry also has firefighters and police officers throughout her family. The military has been something that has peaked Hendry’s interest going back to when she was 12.

“When I turned 12 I joined this military program outside of school, and I honestly fell in love with the military. I go to these trainings all around the country and learn about the military and I get to experience all different kinds of fields in the military.” It was from that point on that Hendry knew that she wanted to serve and be able to give back.

From a lacrosse aspect, one of the biggest things that Hendry looks forward to when she attends Army is playing in the those big rivalry games particularly against Navy. With Navy having players like Emilia Retzlaff who is committed, some of the rivals that Hendry currently goes against, she’ll continue to have those battles the collegiate stage.

“The beat Navy rivalry is going to be really special because Emilia [Retzlaff] who’s going to Navy, we vs each other with Ward Melville and Commack and that’s a big rivalry. It’s honestly going to be so exciting to be there and see somebody familiar on the other side and it’s going to feel just like Commack vs Ward Melville.”

Watch the full interview with Hendry down below where she also talks about when she first picked up a stick as well as playing for Commack and what the excitement is like around the team heading into the 2023 season after the success of last season.