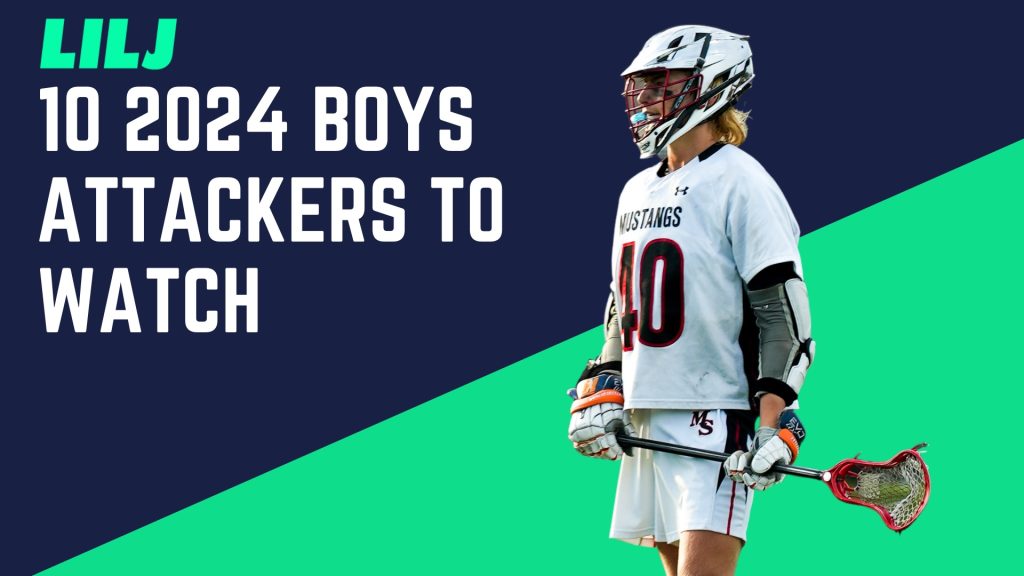 Putting the spotlight on the 2024 attack class, there’s plenty of talent that is going to be must see in the 2023 season. The attributes and skills that they bring to the table were on display over the course of the spring season and throughout the summer. Many of them have already proven that they are more than capable of stepping up in the big games, with some having done it since freshman year. Here are ten attackmen seen by the LILJ that are bound for more success moving forward.

Ben Morris (Bayport)- The lefty Morris had one of the best statistical sophomore seasons on the entire island last spring. He has the talent and skills to take over games and showed it multiple times. Morris can dodge, feed, and is a high IQ player that makes great decisions on the field.

Brandon Berozi (Commack)- Berozi is coming off of a season in which he led Commack in points. He can finish with both power and finesse. The 2023 season will most definitely be a bright one for Berozi as he’ll continue to lead their offensive unit.

Dylan Rocchio (Comsewogue)- Between the vision to set up others, and the strides to take it down the field in transition, Rocchio is one tough cover. In some of Comsewogue’s biggest games last season on their way to the LIC, Rocchio came through with some big plays on quite a few occasions.

Jake Gallose (Connetquot)- The Connetquot lefty flourishes on playing off of his teammates. Look for Gallose when out in transition and he’ll capitalize on the fast breaks at a high clip. Gallose also shows his hustle on the ride and can come up with take aways and create additional possessions.

Liam Kershis (SWR)- The Wildcat Kershis can dominate games in multiple ways. He’s a lethal scorer but will also beat the defense as a passer. Kershis has been putting up eye-popping numbers going back to when he was a freshman and will only continue to do so moving forward.

Lucas LaForge (Mt. Sinai)- LaForge had a monster 2022 season and will be one of the most prolific scorers in 2023. He can play off of others as well as create for himself. Like Kershis he’s put up mind blowing stats dating back to his freshman year. With a quick first step LaForge can blow by the defense and get to the cage in an eye blink.

Matthew D’Aversa (North Shore)- D’Aversa posted some big numbers for North Shore in 2022. He can finish in and around the crease in traffic and can take contact and not be deterred. Look for him to be a primary focal point of the Vikings offense in 2023.

Michael Aiello (South Side)- Aiello is another attackman that can beat a defense in a multitude of ways. Scoring, dishing, getting ground balls to keep possessions alive, Aiello provides all of that. After playing an important role in the cyclones success in 2022, an even bigger season is in store for Aiello in 2023.

Owen West (South Side)- When west gets his hands free he can step down and absolutely snipe it. Besides being able to shoot from range, he’s very crafty and can also power his way inside and hit the corners on shots around the crease. The moment never seemed too bright for West throughout South Side’s deep playoff run.

Quinn Langton (St. Anthony’s)- Langton often times makes the more difficult shots look easy. Even when it may not look like there’s an angle he somehow finds a way to get the ball in the net. Langton always seems to be on high alert hitting the cutters inside for easy scoring opportunities. Watch out for Langton on the ride as well, coming from behind to cause a turnover.