Recapping the 2022 Fall Queen of the Island Tournament 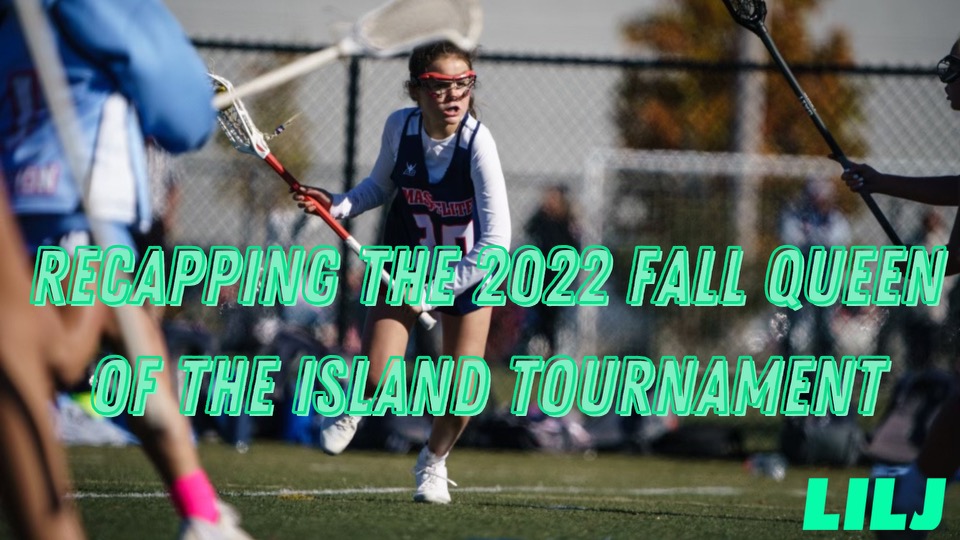 This past Saturday marked the annual fall Queen of the Island tournament, the largest youth tournament of the fall season. Across the different age groups which ranged from the classes of 2027-2032, there were a total of 19 different high level club programs that had teams playing in the tournament that put on a show right here on the island.  Teams were representing areas including Long Island, Westchester, Dutchess County, Rockland County, Connecticut, and Massachusetts. Every team played a total of three or four games and each age group had a North Fork and South Fork division where a champion was crowned. 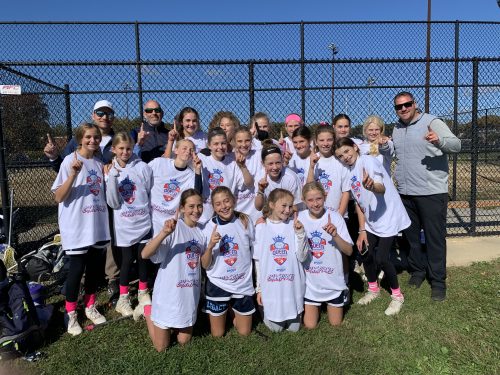 The class of 2028 was strongly represented with Long Island champs. In pool 1 of the North Fork division YJ Kidd/Caranannte went undefeated to win the championship. This team showed just how dominant they are both offensively and defensively, scoring 33 goals while only allowing 11 in three games. Legacy Blue were the champions in pool 2 of the North Fork division, also going 3-0 and defeating Ct Grizzlies in the championship game. Their path to the championship included a thrilling 8-7 win over YJ Maget which saw Taylor LaGrega score both the game tying and game winning goal, and Theresa Codispoti make an unreal save coming from behind the cage to get back in front of the net and block what would have been the game tying goal in the closing minute of the game. In the south fork division YJ Fey came away victorious in pool 1 thanks to holding the tie breaker in goals allowed over Mass Elite. FLG Blue Devils took the title in pool 2 with a 3-0 record.

YJ Friedman were champions in the 2029 North Fork division after going undefeated and holding on to a 10-9 win over Tradition in the championship game. After controlling most of the game Tradition made a furious and inspiring comeback to get within one but YJ Friedman didn’t relinquish the lead. In the victory for YJ Friedman a couple players who brought their A game were Molly McNamara and Ella Schop. Tradition got some great games from players including Reese Goettelmann, Kaila Hansman, and Grace Wheeler to help bring Tradition back into the game. The champions in pool 1 of the South Fork division were YJ Duswalt who were undefeated and held the tiebreaker over YJ Mills who also went 3-0. Rockland County brought home a championship in pool 2 as YJ Rockland won all three of their games finishing with the best record. 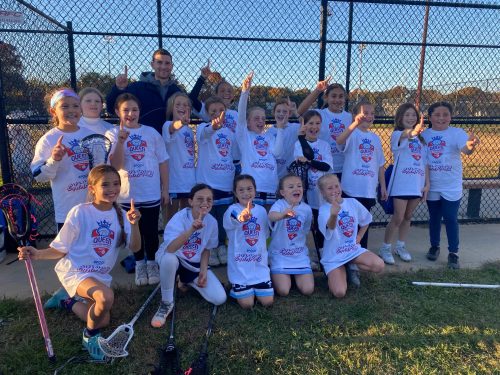 In the class of 2030 it was a big day for the Yellow Jackets as YJ Babst were the champs of the North Fork division and YJ Wilkom earned the title in pool 1 of the South Fork division. This division had two other champions as it was a three pool division. In pool 2 Primetime 30/31 were the champs going undefeated, and Igloo won all of their games in pool 3 to be crowned champs.

Pool 1 in the North Fork 2031 class saw the championship go to Top Guns Black after going a perfect 3-0. Also going 3-0 in pools 1 and 2 of the South Fork division were FLG and YJ Martin to come away with championships in their bracket. The 2032 champs of the North Fork division were Legacy Blue and in the South Fork it was YJ Dutchess winning it all.