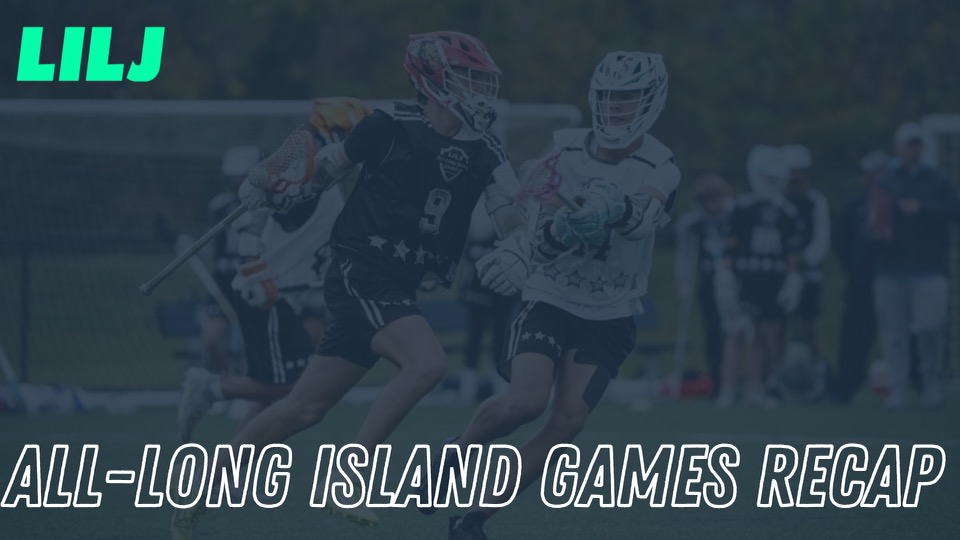 Last week on Veterans Day the LILJ hosted the inaugural boys All-Long Island Games at the Susa sports complex for the classes of 2024-2026. All three of the games were live streamed on TME Sports Media starting with the 2026 game which began at 9 am. The 2025 game followed at 10:15 and the 2024 game capped things off starting at 11:30. Each game was four 13 minute quarters of running time and at the end of each game the LILJ selected two players of the game. In total there were 13 colleges that were in attendance to check out the talent. These schools included Wagner, Stony Brook, Hofstra, Quinnipiac, Cornell, LIU, Marist, Fairfield, BU, Manhattan, Monmouth, Lehigh, and St. John’s. In addition to colleges viewing the talent, each team was coached by college coaches. Every player that played in the All-Long Island Games as well as their parents also received a free ticket to the home opener of the New York Riptide on December 3rd and will be honored during the game for their participation in the All-Long Island Games.

The 2026 game started off as a competitive one in the first two quarters of play. The white team got things going with a connection between two Wantagh Warriors as Devin Paccione assisted to Joseph Nicholson to score the game’s first goal. The black team quickly responded with two consecutive goals scored by Danny Rooney and Matthew Giacobello to give them a 2-1 lead. Later in the first half with the game tied at four, the white team began to control the game at the face-off X with the combination of Paul LoNigro and JJ Damo taking over. Carter Loughman gave white a 5-4 lead with a strong dodge and lefty finish, then white immediately scored once again on the face-off win by Damo who took the ball down the field, fed to Cameron James who went right back to Damo for another goal. This gave white a 6-4 lead going into halftime, and the momentum carried over into the second half.

With white leading 7-4, Cameron James made a great defensive play picking off the clear and scoring the wide open goal to add to their lead. The defense of the white team also really stepped up in the second half between Michael Galgano forcing turnovers and being disruptive on the clear, and Caden Cullen anchoring the net. White held the black team scoreless in the second half and went on to win by a score of 12-4. The two Epoch Players of the Game were Wantagh’s Devin Paccione and Farmingdale’s Michael Galgano.

In the 2025 game this one was filled with offense on both sides and went right down to the wire. Jack Deliberti quickly got things going, scoring the opening goal for the black team which was assisted by Gio Massaro. Massaro wasn’t done as he preceded to come right back and find the back of the net to put the black team ahead 2-0. It wasn’t long before the white team responded with two goals of their own scored by Gavin Lynch and Alex Bauer. A close battle saw the black team hold a 6-5 lead at the half. In the second half the tide began to change in favor of the white team early in the fourth quarter with the combination of 50/50 plays going in their favor as well as taking control of the game at the face-off X. James Pagano had a highlight play, slipping down and losing the ball but ultimately recovering the ground ball and scoring right in front of the cage. Nico Ghicas was dominant at winning the face-offs and after grabbing a lead for the first time in the fourth quarter the white team did not look back and went on to defeat the black team 13-11. With a game that was so offensive oriented, the two Epoch Players of the Game were James Pagano of the white team and Jack Deliberti of the black team. Pagano finished with two goals and two assists while Deliberti tallied four goals.

The All-Long Island Games concluded with the 2024 game which certainly lived up to the hype. Quinn Langton struck first for the black team to give them the early lead, but white came back with the equalizer as Lucas LaForge assisted to Peter Debusschere right in front of the cage to tie the game at one. The two teams continued to exchange goals throughout the first half. With the game tied at four in the second quarter LaForge struck once again for the white team as he backed his way inside and capitalized on the low angle shot to give them a 5-4 lead. Black responded with a counter punch when Necco Cottage won the ensuing face-off and dished to Aidan Garvey who assisted to Alec Gregorek for what was his second goal of the game. Gregorek found the back of the net once more at the end of the first half which gave the black team 6-5 lead going into halftime.

The tightly contested battle continued throughout the second half both offensively and defensively. The black team got strong goaltending from Jimmy Caputo who recorded 10 saves in the game, and for the white team defender Tommy Snyder had some of the best stick skills of anyone on the field. The game was hanging in the balance down the stretch as it was 9-9, when Lucas LaForge called game, scoring the game-winning goal as he evaded the defense and stung one into the upper left corner to seal the game for the white team. Both LaForge and Snyder were the offensive and defensive players of the game to cap off the first ever boys All-Long Island Games.