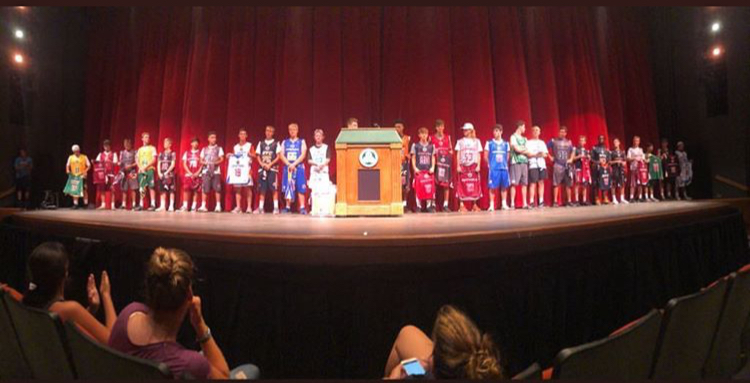 “Greater love has no one than this, that one lay down his life for his friends (John 15:13).” The Red Bandana, a symbol of the purist form of love and compassion. Welles Crowther was a true example of this. Native of Nyack NY, Welles grew up playing sports and hanging out with his friends. Whether it was on the street, in the classroom, or on the field, Welles was always willing to lend a helping hand. When he was 16 years old, he joined the local fire department as a junior firefighter. Given to him by his father, the Red Bandana became a part of him. He carried it everywhere. In college, Welles was a star athlete, ripping it up on the lacrosse field. He possessed all the intangibles a coach wants in his players, and his teammates respected him for that. The people he met and experiences he had all shaped him into the man he was, preparing him for the toughest day of his life.

On the morning of September 11th, 2001, Welles was working as an equities trader in the South Tower of the World Trade Center. When the planes hit, Welles took off his business cap and put the Red Bandana on; he knew what he had to do. While it is unknown exactly what he went through, Welles was able to help over a dozen people to safety. Welles sacrificed himself, for the greater good. His selflessness and courageousness persevered in those dark hours. People will always remember him as “The Man in the Red Bandana.” 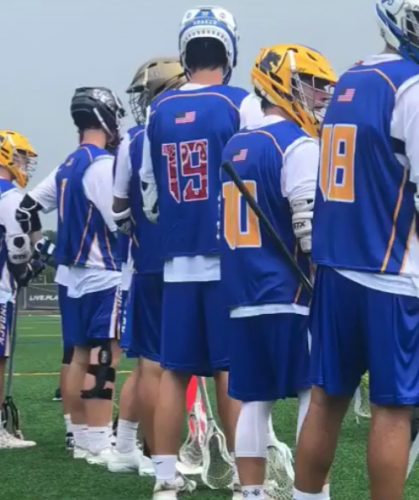 Even though Welles Crowther is gone, his legacy lives on. In its Inaugural year, the New York State Regional Championships honored Welles by rewarding one player from each region in each graduating year that most exemplifies Welles and his moral values. While not always the most talented player, the hardest working and most team-oriented players received the prestigious “Red 19” jersey by putting the team first. As Welles would say, “there’s no I in team.” They are willing to do the dirty work and sell out for their teammates. One player caught my attention all week long, a 2021 on the New York City Team, from Harlem Lacrosse, James Greene. A quote from his coach Richard Hurley, “James a team- first player. He is unselfish on the field and more importantly, leads by example off the field and within the community. He would have said that every other player on the team deserved to receive the 19 jersey, which is the exact reason that we gave it to him.” James is a great player with an extremely bright future. He alongside the other players that received the 19 jersey wore them with pride, honoring Welles with the utmost respect. Here is the list of players that al received the honor of wearing the Red 19: