Epoch Game of the Week: Manhasset Offense Dominates in 17-8 Victory Over Long Beach 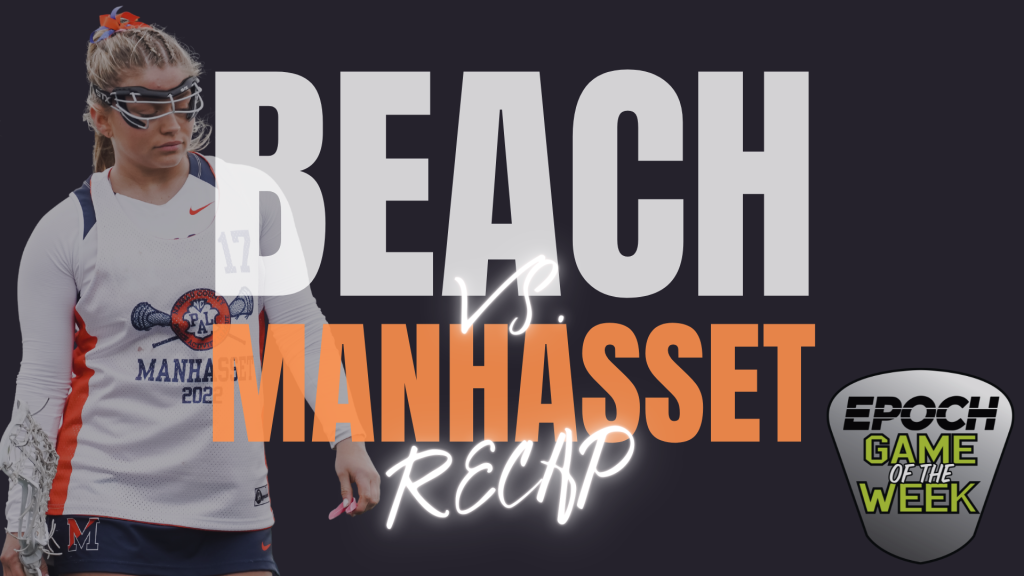 In our week two Epoch Game of the Week it was a matchup between the Long Beach Marines as they headed to the north shore to take on the Manhasset Indians. Manhasset entered this game 1-0 with a win over Plainedge, while Long Beach came in 0-1 following a narrow loss to Garden City. The high powered offense of Manhasset was on full display in this game and they came away with a 17-8 win thanks to some big performances from some of their star players. Here’s a breakdown of how this game played out!

The early stages of the game saw Manhasset jump out to a 3-0 lead with goals from Shea Panzik, Annalisa Massaro, and Mia LoPinto. Long Beach responded with two consecutive goals to make it a 3-2 game. Delaney Radin found a cutting Leah Chasin for their first goal to get Long Beach on the board. Sky Kilfeather followed that up with a free-position goal bringing them within one. Manhasset regained the momentum in large part due to their ball movement and player movement. They rattled off nine unanswered goals to build a sizable 11-2 lead. Caitlin Barrett, Shea Panzik and Nicole Giannakopoulos played a big role their run which included a highlight reel BTB goal by Barrett that was assisted by Ashley Newman. By the end of the first half Manhasset held a 12-3 lead and Shea Panzik had already recorded a hat-trick. Defensively Alexandra Schneider was locking down Long Beach’s most prolific offensive player Delaney Radin both on-ball and off-ball which was key in them only allowing three goals in the first half.

Long Beach looked to rally in the second half to get back in the game. They got on the board as Radin found Taryn Morris who went to the bottom right corner for the goal. That was followed by an athletic save by goalie Emily Backlin which led to Long Beach getting out in transition where Ava Main found Sky Kilfeather who stuck one to the the far pipe. This brought them within seven with still plenty of time make a push, but Manhasset got back on track and expanded their lead once again. They went on another run where they scored five straight goals to take their largest lead of the game at 17-5. Two of the goals were scored by Alexis Morton who really got going in the second half. Both teams managed to score five goals in the second half, and Manhasset took this one 17-8 to improve to 2-0 on the season. The two offensive Epoch Players of the Game were Alexis Morton and Caitlin Barrett. They finished with identical stateliness of four goals and two assists for six points. The defensive Epoch Player of the Game was Alexandra Schneider for her tenacious defense on Radin throughout the course of the entire game. Manhasset also got five points from Nicole Giannakopoulos, four points from Shea Pankzik, and three points from Annalisa Massaro in the win.