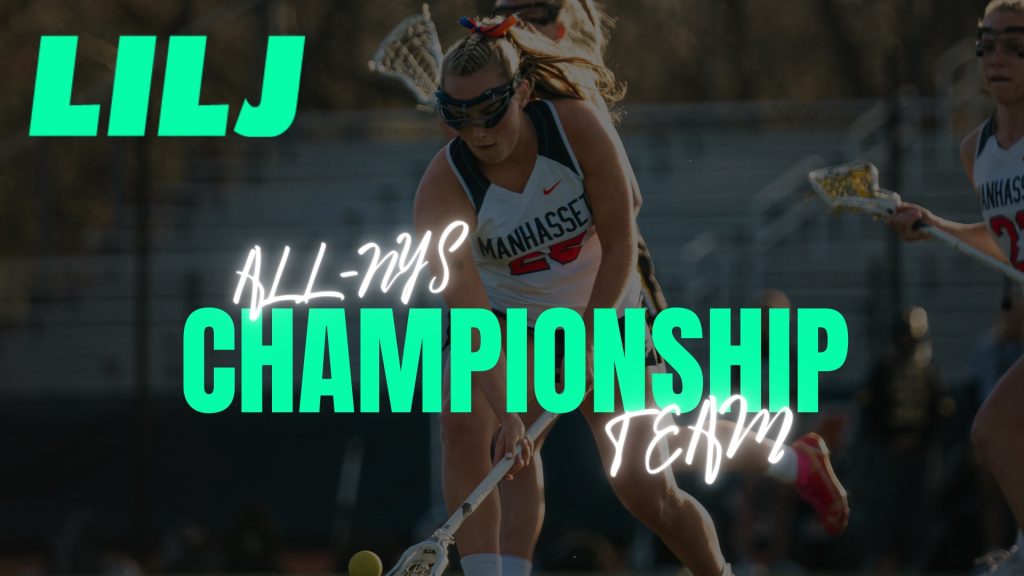 Carlie Desimone- Attack (Baldwinsville): Desimone poured in four goals to go along with one assist in what was a complete game for Baldwinsville against Northport.

Grace Hollenbeck- Attack (Baldwinsville): The Baldwinsville attacker contributed with one goal and two assists in their win.

Shannon Smith– Attack (Northport): The senior attacker had strong one-on-one takes to the cage, finishing with three goals for Northport.

Ashley Newman- Midfield (Manhasset): Newman found the back of the net three times in the state championship game to finish with a hat-trick.

Brianna Peters- Midfield (Baldwinsville): Peters certainly brought her A game for the championship, finishing with a game-high five goals and three assists.

Caitlin Barrett- Midfield (Manhasset): Barrett was once again in full control on the circle while also adding four goals and an assist.

Emma McLam- Midfield (Northport): McLam made plays on both sides of ball which included two goals to keep Northport within striking distance.

Alex Maliagros- Defense (Manhasset): Maliagros was wreaking havoc on the defensive side of the ball which limited the amount of scoring opportunities for Honeoye Falls.

Alexandra Schneider- Defense (Manhasset): Playing a combination of defense and midfield, Schneider was all over the field making big defensive plays while also scoring twice.

Despina Giannakopoulos- Defense (Manhasset): Giannakopoulos was part of a stifling defensive unit that held Honeoye Falls to just two goals in the game.

Christina Petras- Defense (Manhasset): Providing a huge spark in Manhasset’s clear the speed of Petras getting the ball up to the offense gave Manhasset some transition scoring opportunities.

Samantha Tanguay- Goalie (Baldwinsville): With Northport getting opportunities to chip away at the Baldwinsville lead, Tanguay made critical saves deny momentum shifting into Northport’s favor.