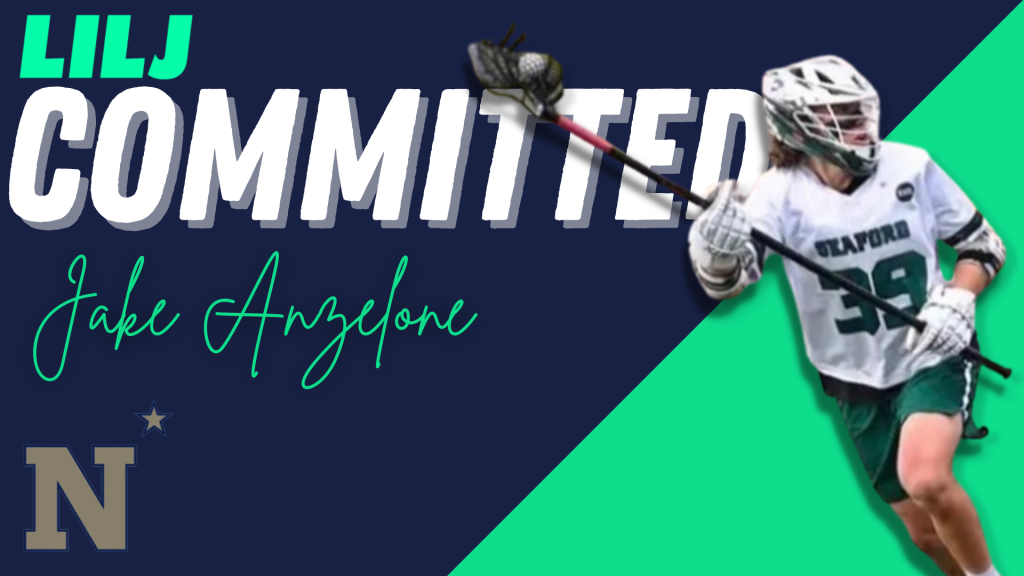 Seaford and Legacy Taz defenseman Jake Anzelone was one of the first commits on the island in the class of 2024, announcing that he will be heading to the United States Naval academy where he will train to serve the United States and continue his lacrosse and academic career. One of the people who he credits for helping him get to this point is Legacy Head Coach Tom Zummo for helping him get exposure  at the premier showcases. Navy has always been high on the list for Anzelone, and after getting a call on July 1st and going on an official visit he knew that’s where he wants to be. Anzelone’s commitment to Navy has family ties as his uncle also attended the United States Naval Academy and played lacrosse, and was able to give him plenty of insight about what the experience is like attending Navy.

“My uncle went to Navy and he played lacrosse and ended up serving his five years, and he gave me a big rundown of how everything was going and how it was, and what it was like to be serving. It really just drew me in and I was really interested in it.”

While Anzelone is still looking to figure out what he wants to major in academically, from a lacrosse standpoint one of things that he’s most looking forward to is playing in the big games on the big stage such as the games against Navy’s biggest rival Army. He was able to get a taste a few years ago of what the atmosphere is like when those two teams go head to head when he attended a football game between Army and Navy.

As he enters his junior year, Anzelone will be taking part in the inaugural LILJ boys All-Long Island Games this November on Veterans Day. He is one of the top defenseman Long Island’s 2024 class has to offer, and was a key piece in the success of the Seaford Vikings in 2022  who won 14 games and appeared in the Nassau Class C semifinals.

The full interview with Anzelone is down below! He also talked about his lacrosse background and how his lacrosse oriented family helped grow his love for the game. Anzelone also shared his overview of Seaford’s season last year and what his hopes are for the 2023 season.