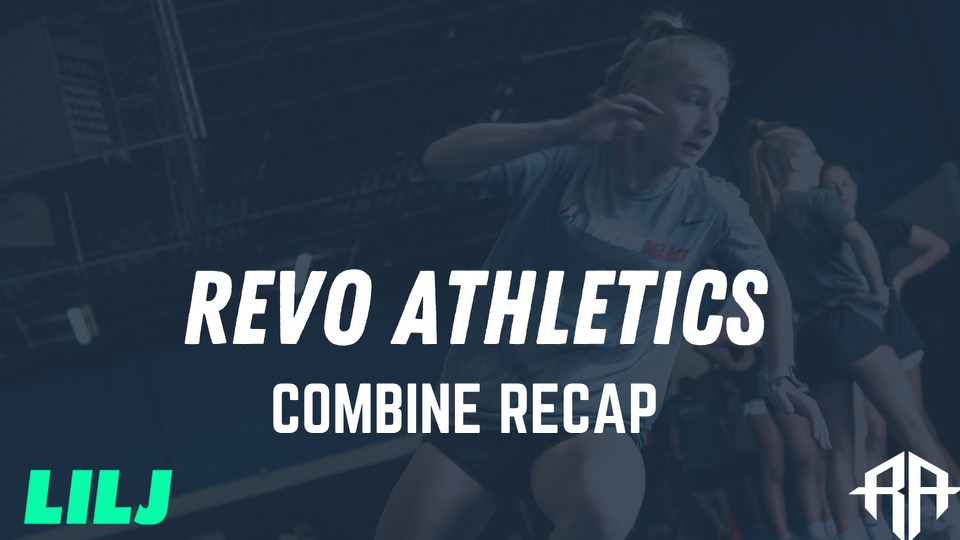 This past Sunday the LILJ and Revo hosted the first ever combine which featured top flight male and female athletes between the classes of 2024-2026. The combine got started with all athletes in groups completing a series of injury prevention tests. The injury prevention tests varied from testing of the mobility in the hips, spine, knee and leg stability testing, oblique sling testing, and height and weight. Following the injury prevention testing the athletes were broken up into groups and got started with the six different parts of the combine testing. There was a 10 yard dash, flying 20, vertical jump, broad jump, pro agility, and L 3-cone. Each of the combine tests saw athletes get either two or three attempts to try to achieve their best time or score which can be used a measuring stick to see where they stand with each test as well as try to set a goal to better their time and score in the future.

Throughout the course of each test there were different athletes that stood out and excelled in different areas. The 10 yard dash which measures how fast one can accelerate had some standouts including Paul LoNigro (1.61), Harley Finkelstein (1.65), Courtney Thornton (1.69), Emily Ambrozy (1.71), Devan Lange (1.69), Kamryn McCrary (1.73) and Lili Pettit (1.72).

The vertical jump is an inch based measurement of the vertical force produced with the first step, while the broad jump measures in inches the horizontal force produced with the first step. Five athletes who had a strong performance in the vertical jump were Julia May O’Connor (22.5), Kamryn McCrary (23), Emily Ambrozy (25.5), Paul LoNigro (27.5), and Harley Finkelstein (27).  The broad jump featured top scores from Julia May O’Connor (89), Emily Ambrozy (86), Kamryn McCrary (85), Maribella Marciano (83.5), Paul LoNigro (91), Harley Finkelstein (90), and Jimmy Caputo (87.5).

In the L 3-cone drill, this test is a measurement of how fast one can change direction when both cutting and bending. Some of the fastest times included Kamryn McCrary (7.5), Harley Finkelstein (7.4), Courtney Thornton (7.72), Lili Pettit (7.82), and Devan Lange (7.84).

At the conclusion of the combine testing a media shoot was held for all of the athletes which the LILJ will be gradually releasing on social media. This was the first event held since the LILJ became partners with Revo, so stay tuned for future events with the two partners such as future combine’s where we’ll also be looking to offer opportunities to middle school athletes well. Check out the totality of everyone’s results from each test down below!