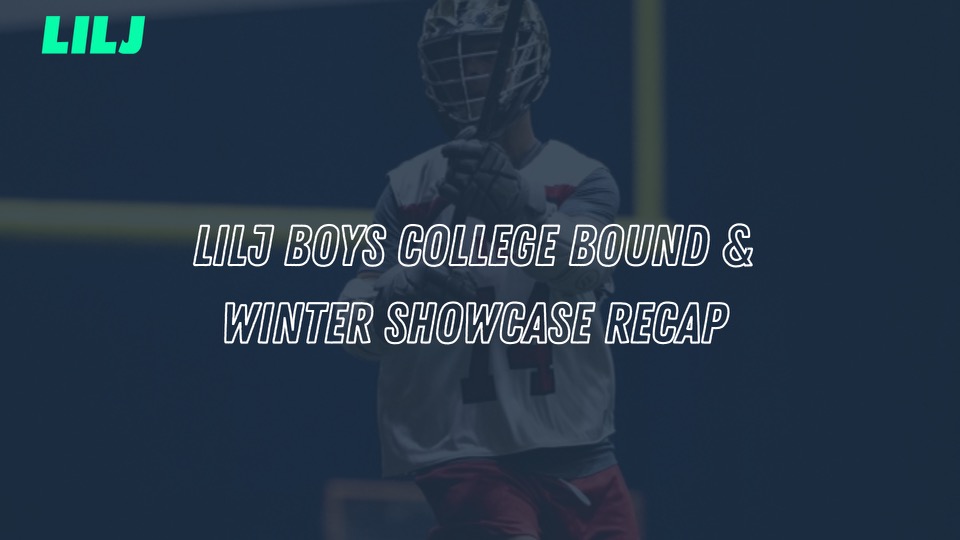 The LILJ held the third annual boys College Bound Experience and Winter Premiere Showcase back on December 22nd and 23rd at Stony Brook University. The two showcases were great events where middle and high school players had an opportunity to learn and be coached by some of the top college coaches from some elite level east coast division 1 schools with the entire event live streamed  by TME Sports Media. It was also a chance for the uncommitted 2024s in attendance to be seen by the coaches as they still try to find their landing spot for the next four years. The coaches that were in attendance were Anthony Gilardi, JP Brazel, Mike Chanenchuk, Justin Turri, Kyle Turri, Tim McIntee, John Odierna, John Crawley, Danny Murphy, Vince Culpepper, Derek Witheford, Kyle Hayes, and Bobby Norton. The majority of these coaches having ties to the island and got to come back to their roots. This great array of coaches represent the programs of Stony Brook, St. John’s, Hofstra, Manhattan, Hopkins, UVM, UNC, LIU, and Union.

On the opening night of the two day event, players primarily focused on stick work and positional work with each of the coaches. The attackmen worked with coach Crawley and coach Murphy. Midfielders were with coach Chanenchuk and coach Hayes. Defenders were trained by coach Odierna, coach Witherford, and coach Culpepper. FOGO’s worked with coach McIntee, and goalies with coach Brazel and coach Kyle Turri. Players got reps across the board with their positions whether it was ground ball work, on and off ball defense, different shot variations, as well as half field settled and unsettled games. The attackers also got to play some trash can lacrosse at their station which is one of the best ways to teach decision making in a real game situation. The coaches also preached the little things and the details that matter that can make the difference between being a good lacrosse player versus being a great lacrosse player.

Night two of the showcases was when the scrimmages took place. Players were broken up into three different teams and the games were played in round robin format where they were able to take the things that were worked on and taught the first night and apply them in a real game setting with each team being coached by the college coaches. Every team got to play four games that were 18 minutes each. Throughout the games the players did a great job of playing off of one another whether it was setting picks for each other, moving without the ball, and finding cutters which resulted in some highlight plays. At the conclusion of each showcase the LILJ once again selected players of the night which included the Revolution Athletics grittiest player of the night. The middle school players of the night were Connor Stebbins (Middle Country), Casey Auer (Plainedge), Tommy Massaro (Mt. Sinai), Patrick Forthofer (Wantagh), Nick Sciccitano (Trinity Regional MS), Connor O’Rourke (Mepham), and the grittiest player which was Steve Panagopoulos (North Shore). The high school players of the night were awarded to Aidan Garvey (New Hyde Park), Ryan Chung (Hills), John Savino (Smithtown West), Noah Trama (Chaminade), Nick Zenk (St. Anthony’s), and the two grittiest players were Roy and Roger Testa (CSH). The LILJ looks forward to organizing more future showcases for middle and high school athletes!