Testimonials from parents who had son’s or daughters attending the FLG Box Training program.

An Off-season Reflection – How Champions Train

With the summer lacrosse season ending, it is time to reflect on the past year. All the hard work, blood sweat and tears, the time and effort put into the game we all love. Did you get better? There’s an old saying that “champions are made when no one is watching,” however with the way competitive club lacrosse is going, training is the focus. So, we arrive at the question, are you training the right way? Is what you are doing when no one is watching the right way to do it? Are you fundamentally sound?

FLG as well as other competitive lacrosse clubs offer a variety of training packages, all of which aim to bring out the best player you can possibly be. But not only being a skilled lacrosse player, but rather specializing in your specific position and game like situations pertinent to your position. Repetition, building skills, developing IQ, it takes 10,000 hours to become an expert at something. Clearly you cannot invest 10,000 hours in your club. So, therefore you must train on your own. But training the right way is key. 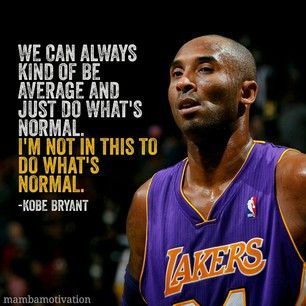 Reflecting on and evaluating your skill is a great way to become a better player. Talk to your trainers and coaches. Ask them questions and find out, what areas of your game you are already good at and what areas you can be better at. Then don’t forget to follow up with the question “How do I accomplish or make that skill better.” The focus here is that you are developing a plan. Yes, shooting 100 lacrosse balls is great but are you shooting them the right way? Will shooting 100 lacrosse balls make you a better player? The quality of your reps is key. Before you go up to the field to train, develop your plan. Start off with a quick wall ball warm up. If shooting is the focus for the day, start off with some body mechanic drills that focus on proper hand and foot placement. Then go into shooting half speed where you are really dialing into what your body is doing and where the ball is going. Speed up that process to mimic game speed and begin to add dynamic footwork to work on dodging. A speed ladder is also a great tool to supplement footwork. Adding exercises like push-ups and pull-ups to make you a little more tired is a great way to develop the mentality of playing to your best when you are tired.  Pick a spot on the field. Maybe we focus solely on the wing today and move to up top if we are a middie or down low behind the goal if we are an attackman.

The key here is that you are building skill while working hard and having fun. Take a few days and enjoy some time off. But remember while your hanging out, someone your competing against is getting better. If you have a vision or goal to take your game to the next level, you must train hard to reach that goal. Take advantage of the off season and work hard. Let’s change that old saying to “champions train when no one is watching.”

Posted on December 5, 2017 by Corey Winkoff
FLG Box Lax Participants & Parents,
It was a wonderful week 1 of FLG’s 5th annual Winter Box Lacrosse Training Program. It was a site to see so many great young lacrosse players inside the rinks this past Saturday at the MultiSportime in Bethpage, NY.
FLG’s methodology leads both boys and girls indoors to the box rinks during the winter to focus on unique skills, concepts, and techniques. I love when athletes in our training programs acquire new skills and apply them in a competitive setting. Being that our training programs aren’t all about competition, athletes feel more comfortable trying new things with the fear of failure.
Each week, athletes will experience station work and game play. Station work is a great opportunity to get multiple repetitions, learn new skills, and start to think about the game in a different way. Game play offers an opportunity to incorporate the skills learned in station work. Some of the stations taught this past Saturday included:
Spotlight 1v1s – In this drill, offensive players are restricted in that they can’t switch hands when trying to beat their defender. This forces players to keep their stick to the inside. Players are forced to protect their stick by moving their body, taking 1 hand off the stick, and/or boxing out their defender to establish good position. Offensive players were forced to think about how to set-up their defender to take the best possible angle towards the goal. Defensively, players were taught to keep their stick in that up field hand. This allowed players to match stick-on-stick and learn the importance of taking away the middle of the field.
1v1 Box GBs – Players competed in a 1v1 GB game by the corner boards. Learning how to use the boards to your advantage, recognizing the angle in which the ball is coming at or away from you, and learning to box out earned players a better chance at winning the ground balls. Contested ground balls translate to the field game as well, which is why this is a great drill to work on for everyone.
2v2 Pass-down Shallow-cut Shooting – In box lacrosse, we are teaching players to attack from the back corners of the rink to maximize space when dodging, give oneself an opportunity to attack the middle of the floor, and have the option to throw back to a teammate. This drills teaches players to attack the middle of the floor, as well as give a pump fake back to a teammate. Shallow cuts are an effective way for off-ball players to get underneath the dodger and create space for your teammate.
Circle Passing – A great drill that players can do at home, between games, or at box! This drill teaches players the importance of communication, concentration, catching the ball behind the ear, getting the ball in and out of your stick quickly from your ear, and staying light on your feet. Circle passing requires players to call the name of the person they are throwing to before they throw it. Giving your teammate a heads up is crucial as the coaches work 2, 3, sometimes 4 balls into the circle at once! As soon as players get the swing of this game, we tell everyone their favorite command, “time to put the stick in your weak hand!”
2v1 Pass-down Pick-downs – The boys learned how and when to use a pick in the box rinks. The pick-down or down-pick is an effective movement to free up your teammate who is dodging from the low corners. The picker learned the importance of cutting the floor, being stationary on the pick, opening the door when your teammate who is dodging brushes shoulders and keeping your stick at your ear and to the inside. You never know when you might receive that pass! Dodgers learned to drag their defender, square up to the middle, attack the pickers top shoulder, and dodge with the head up.
The goal of FLG’s Box Training program is for players to use the concepts from Station Work and apply them to the scrimmages. I saw some incredible lacrosse on Saturday. The natural talent and athleticism was one thing, but the coach-ability and willingness to learn new concepts were another. It was a pleasure to see players applying what they just learned within a competitive setting.
I’m so excited to resume our program at Session II on the 16th of December. REMINDER! We are OFF next Saturday. In the meantime, FLG Trainers will be drafting up teams for players to compete towards the 5th annual Box Lacrosse Training Championship.
Lastly, be sure to follow FLG Lacrosse on Facebook  & Instagram to see our athletes in action in the box rinks.
Have a great week!
Corey Winkoff
Program Director, FLG Lacrosse
Leave a comment