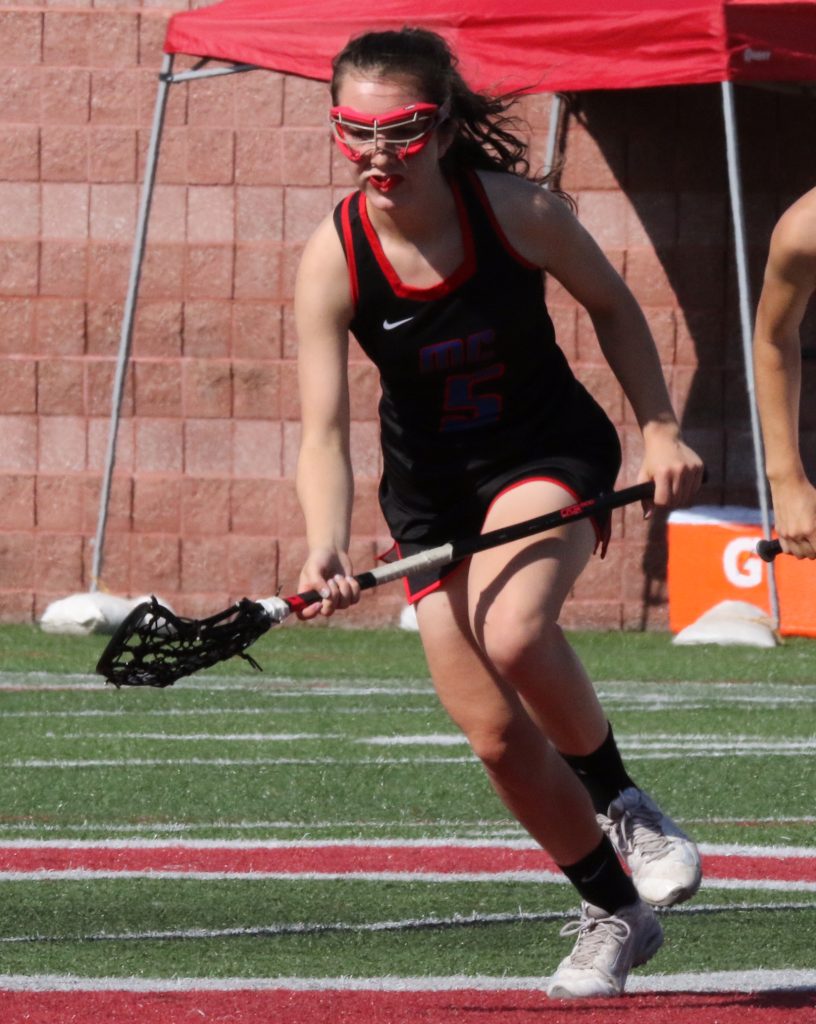 With similar records on the year as well as similar successes, the Lioness’s over as West Islip (8-3)  will travel to Middle Country (8-3), for a 7:00 pm night game on May 9th. Emotions will be running high as this is the Wolverines Senior Day. It’s tough to say who will win this game based on their record as both teams have had major success as well as key losses. Both teams have losses to Ward Melville and Northport however Middle Country beat Smithtown West and lost to Riverhead, while West Islip beat Riverhead and lost to Smithtown West. I think this game will come down the experience and playing in the moment. Both teams have strong upperclassmen that possess the ability to make plays when called upon. Can MC defend their turf on Senior Night? Or will the West I’s pride claim victory? Find out tonight!

Jennifer Barry is a stud!

Check out the Q and A we did with the Hampel Sisters over at West Islip:

What’s it like playing with your sister in high school?

Emma- Playing with my sister has been an amazing experience. We’ve been playing in the backyard together or going to the turf together since we first started playing so we have a special connection on the field. A lot of people would figure two sisters on a team would argue a lot but we never do and it honestly made us closer outside of lacrosse as well. Playing with Jaden is what I will probably miss most about my high school lacrosse career.

Jaden- Playing with my sister is one of the best experiences of my life. Emma and I are extremely close and have always been playing with eachother and competing against eachother in the backyard . Now finally bieng able to play with eachother we have A connection on the field.  We know how each other work and even how the other thinks. I can’t imagine next year not being able to play with my best friend/ sister on the field or being without her in general.

Talk about team culture over at West Islip? What has made you successful this season? What need to be improved?

Emma- So far the season has been great. There has been a few difficult games that could have gone either way but each game makes us push harder for the next. Our team is like a family and hanging out outside of lacrosse and becoming closer just makes us work together better on the field. Some things we could work on would probably be talking more on the field and being patient with the ball but these have been improving every game.

Jaden- This year our team is not only just a group of girl but a sisterhood and family. We have all been playing with eachother since we could remember. Our team culture is one of our best qualities. when the game gets tough we don’t yell and get mad at eachother but hype eachother up such as in our last game coming back from being down by 5 and winning in OT. As for what we need to improve on would be our offense with shooting but we are practicing shooting and our shot to goal ratio is improving each game.

Remember when you were little, who influenced you the most, making you into the player you are today?

Emma- Even though Jaden is younger than me she has definitely been a huge inspiration. Watching her play with such heart whether it’s a game or just practice inspired me and continues to inspire me. Players can have all the talent in the world but without the heart and hustle it would mean nothing and Jaden taught me that. The older girls who went through the West Islip lacrosse were also a huge inspiration to me. Seeing them play and even seeing them play on tv sometimes made me want to be in their position one day. That caused me to work even harder and practice on my off time.

Jaden- My mom and dad started me at a very young age playing with older kids. I  always played with my brother and sisters in the yard and ever since then I’ve been in love with the sport. My biggest influencer I’m lacrosse would definitely be Emma. Always going head to head in the backyard making it a big competition. We always ended up fighting cause of how competitive we were  against eachother. she always pushed me to try and catch up with her as to be the best I can be. The other influencers I have for the sport is definetly the West Islip lacrosse alumni that came before me especially the 2015 state champs. Always going and watching there games aspiring to be in the varsity uniforms one day.

Talk about some of your aspirations for your game, do you have hopes to play in college?

Emma- So many girls that have gone through West Islip have gone on to be a part of top D1 lacrosse teams. Playing with them and then watching them play in professional games is surreal to me. I always knew I’d want to continue my lacrosse career in college no matter at what level. Next year I will be attending the United States Military Academy at West Point to play lacrosse and I can’t wait. Watching the West Point games gave me the same surreal feeling as watching the other WI girls who have gone on to play in college and I am so excited to be a part of it.

Jaden- I can’t imagine not continuing to play lacrosse after high school. Lacrosse has been one of the most important thing in my life since I could remember. I am not committed but can’t wait to see where my lacrosse career continues In the beginning of junior year.

Big game coming up against Middle Country, what are some keys to winning that game?

Emma- We are definitely looking forward to our game against Middle Country it has always been a big game for us. Some things we need to focus on to win the game are being patient with the ball and not wasting any of our possessions. We also need to make sure we control the middle of the field.

Jaden- I can’t wait to go head to head against middle country. West Islip and middle country have always had somewhat a rivalry pasted down from previous season. Keys for winning this is game would be winning the middle of the field on the draws and taking care of the ball on each possession making them count each time.