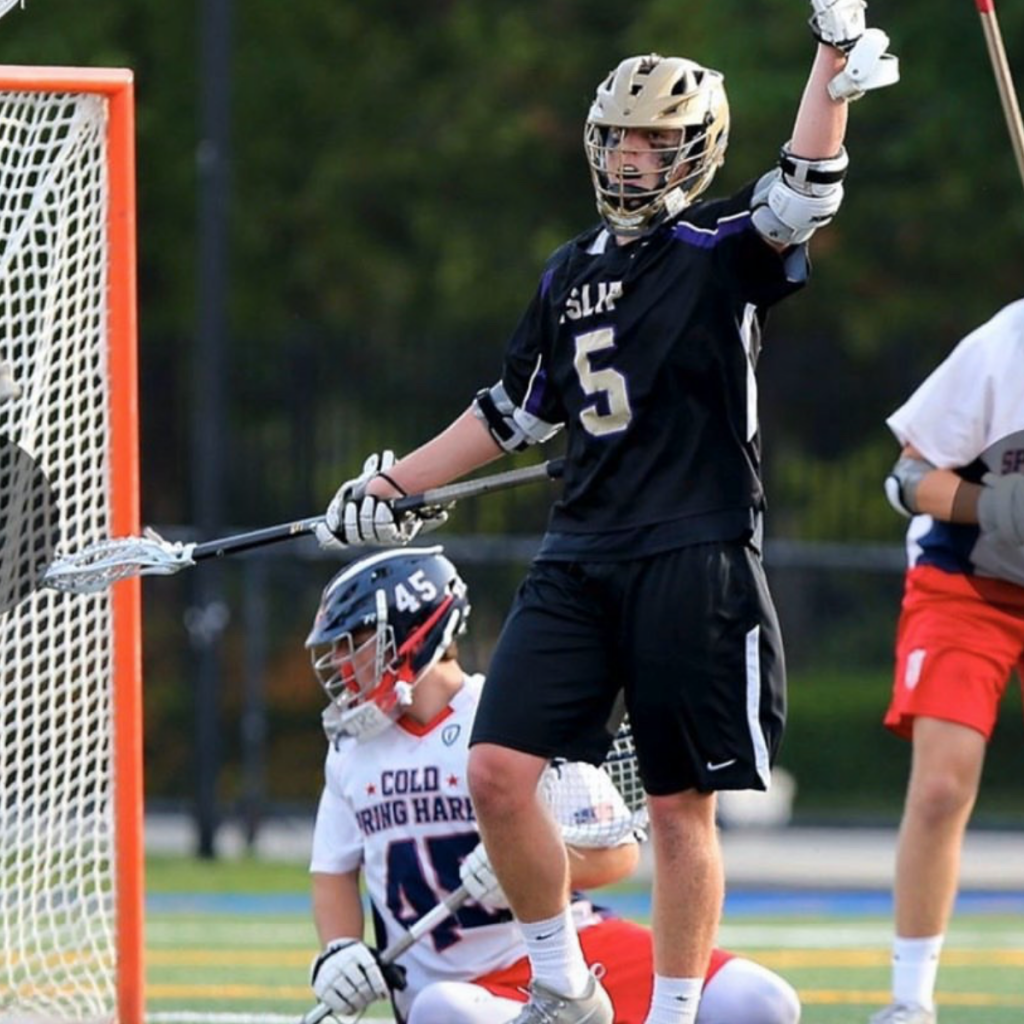 Joe Juengerkes is a three sport star from Suffolk county. The Islip native is currently in the midst of his senior football season. Juengerkes plays quarterback for the Buccaneers, and despite missing some time this season he is putting up great numbers for a 3-4 Islip squad.

Joe has thrown for two scores and added another four on the ground. When winter rolls in, you will be able to find Juengerkes on the basketball court. Joe averaged just under 13 points per game as junior highlighted by a season-high 26 points against West Babylon on February 6, 2019. Joe and the Buccaneers look to improve on their 11-10 record from a season ago during the 2020 campaign.

Juengerkes is great on the gridiron and on the court, but it is the lacrosse field where he truly shines. The Senior has committed to Princeton University and looks to continue with lacrosse when goes off to college. Last season Juengerkes put up an impressive 59 points, 40 goals and 19 assists, for an Islip team that 11-7 on the season. The Buccaneers 11-7 record doesn’t truly reflect how well they played. They reached the playoffs before their season came to an end at the hands of Mount Sinai. Juengerkes and the boys were left with a series of “what-ifs” after last season and vow to come back stronger than ever.

Q: How has your senior year been?

For me, senior year has been so great after a long summer it was great to get back and see everyone and all of my teachers. My classes, teachers, and athletics have been awesome so far as well.

I visited many colleges with great coaches, teams and campuses however when I visited Princeton I knew that’s where I could see myself for 4 years while bettering myself as a player and a student. Right as I stepped on campus I felt like I was at home. All the coaches and players truly made me feel welcome and already part of the team.

Q: Will you miss basketball and football?

I am so excited to continue my lacrosse career at Princeton,  I will definitely miss football and basketball tremendously. These sports are just part of who I am, it’s going to be hard to leave both basketball and football.. But I plan on continuing these sports on the side while away at school.

Q: What moment from your high school athletic career would you want to relive?

A moment that I would definitely love to relive would be the state championship game, ever since I was a little kid, my dream was to bring home a ring to Islip. Everything about that time was insanse, knowing that we had our entire town behind us rooting us on and how we had a huge crowd that took a 14 hour trip up to see us play was unbelievable. And the feeling that the whole team felt after hearing the last buzzer and hearing the crowd go wild was indescribable and I honestly never wanted it to end. Also, before that year, Islip had not won a county championship, bringing the whole thing home was a very special moment in Islip history.

Q: Who was the biggest influence on you as a lacrosse player?

There are so many people that are involved in my lacrosse career but the person who had the biggest impact on me has to be my coach: Thomas Zummo. He’s been my travel coach since sixth grade and is currently one of my assistant coaches at Islip. Coach Zummo has helped my athletic skills and also was a huge factor for me during the recruiting process, he has done so much for me and assisted me since sixth grade.

Q: What are your expectations for the upcoming lacrosse season?

This year we hope to build off of last year and advance to the county finals. We have jumped to the B division for the 2020 season so we will be facing some new opponents but believe that we have the ability to keep up with all of them. The team is going to be experienced, which is definitely going to be a huge advantage for us. Ultimately we plan on going far into playoffs to end off our senior year.

Q: What is your favorite non-sport hobby?

Through out the year, I try to spend as much time as possible with my friends and family. Whether we all go to the beach, play pick-up basketball, or simply just watch a movie. My friends, family, and I always have a great time together. My relationship with these important people I wouldn’t trade for the world.