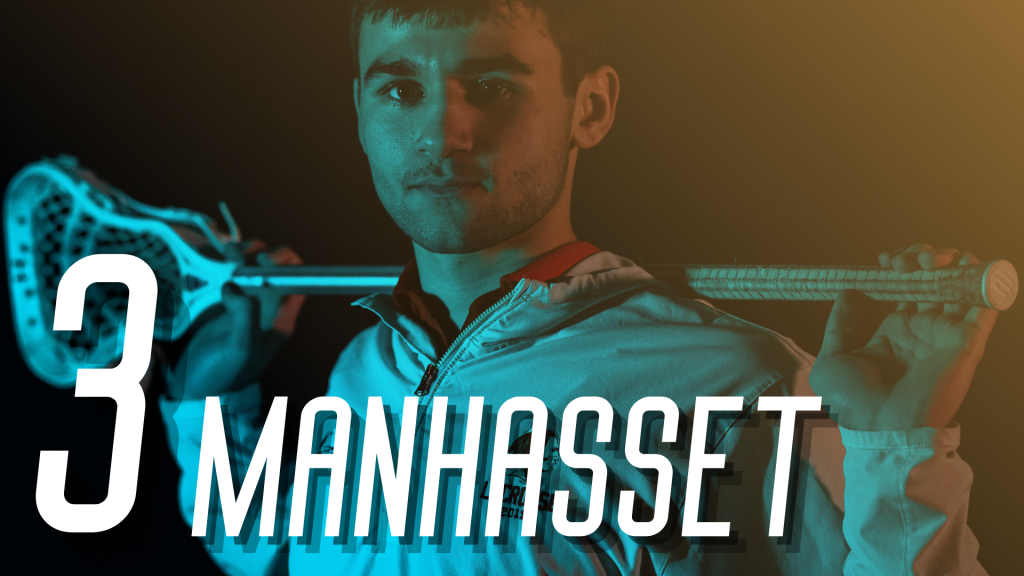 Earning the third spot in the LILJ top 25 preseason rankings are the Manhasset Indians. They are one of the most decorated lacrosse programs on Long Island and are one of the best teams in the country. Last year they won their first 15 games before being defeated in the Long Island Class C Championship against Mt. Sinai by a single goal. This season presents them with a great opportunity to come back and etch their names in history as Long Island Champions and New York State Champions. The Indians are coached by Keith Cromwell who is very excited about the makeup of his team and the schedule they will play this season.

“Extremely excited for the 2022 lacrosse season. Have a great mix of upperclassmen and sophomores ready to put their stamp on the Manhasset program. An exciting schedule that will prepare us for playing our best lacrosse as we hit the playoffs in late May and June.”

The offense was absolutely lethal last year, averaging 17 goals per game which was the most out of any team on Long Island. One of their key returning attackmen that played a big role in their offensive firepower is senior Matt Perfetto (Cornell). He accounted for 28 points last season with 14 goals and 14 assists. Perfetto is at his best when he is playing from X and is great at making the right reads. He is more than a willing passer as well as a strong finisher around the crease. Joining him at attack is senior Dawson Reilly (Bryant). The midfield will be led by seniors Joey Terenzi (Virginia) and Hunter Panzik (Air Force). Terenzi is a natural scorer that can shoot it from anywhere. He plays with a sense of flash and style that makes it look like the game comes easy to him. Last year he scored 20 goals to go along with 13 assists for 33 points and will surely have a monster 2022 campaign. Expect Panzik to also have a huge role this year after recording 12 points in 2021.

Two of their heavy hitters that were in the class of 2021 were Aidan Mulholland and Rory Connor. Mulholland led the team in both goals and points while Connor was second in both. The two combined for 80 points. The Indians certainly have the requisite talent to makeup for their absence, but these two will surely be missed this season.

One key element to Manhasset’s success is their ability to win face-offs and create more possessions than most opponents. All-County FOGO Cal Girard (Duke) is back for his junior season after winning MVP in the county championship game.

Defensively Manhasset was rated as one of the top ranked defensive teams on the island. They allowed only 5.5 goals per game and gave up 89 the entire season. This was in large part due to the goalie play from Colin Kuester who was a 2021 graduate. This year it appears that senior Tyler Godfrey will be the starting goalie. Defenseman Patrick Leder (Amherst) is also a key returning player to their defense.

Two young guns that will could potentially get playing time this season are sophomore defenseman Jack Mulholland and sophomore LSM Rowan Collins.

Some noteworthy games that are on the schedule for the Indians include at South Side (4/26), home against Garden City (4/30) home against Cold Spring Harbor (5/4), and home against Chaminade (5/7).

Manhasset has a few notable alumni that once wore the Indian’s uniform and played collegiately at some top D1 schools. Daniel and Conor Denihan both played at Johns Hopkins. Tim Goettelmann played at Loyola University and also played professionally in the MLL for 11 years with the Long Island Lizards. John Gagliardi played at both UVA and Johns Hopkins before playing professionally in both the NLL and MLL. He spent time in the NLL with the New York Saints and Philadelphia Wings. In the MLL he played for the Long Island Lizards.