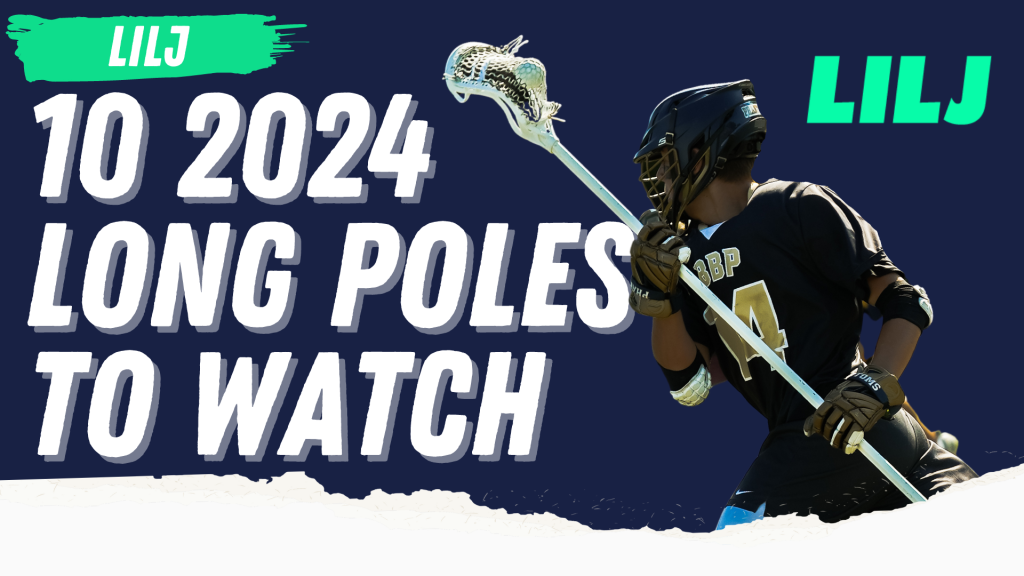 Continuing the LILJ’s ten 2024 players to watch, this week we’re highlighting the long poles, featuring players who play close defense and or LSM. This class features some premier players at their respective positions that can make a case for not just being some of the best in their own class, but some of the best on the island in general. It’s only a matter of time before we start to hear about where they will be committing to college after coming off of big high school seasons and a big summer in front of college coaches. Here are ten poles to continue to watch as they start junior year.

Aidan McMinn (Ward Melville)- McMinn is extremely disruptive wherever he is on the field. He’s one of those defenders that’s always in the scrum digging up ground balls, and when he comes up with them he looks to clear the ball quickly and try to find his offense ahead in transition.

Ben Fox (Chaminade)- The Flyer Fox is a good as it gets when it comes to on-ball defense from any class. His combination of pure skill along with physicality make him a shut-down defender. He brings an intimidation factor that really seems to disrupt his offensive counterparts and force them out of their comfort zone.

Dante Vardaro (St. Anthony’s)- Another premier defender not just in the 2024 class but in general is Vardaro. From being able to time perfectly when to get his stick in the air, to keeping offensive players from getting to their spots, Vardaro can lock down the best of the best offensive players.

Jack Mulholland (Manhasset)- The 2022 state champion Mulholland played such a key role in the success of the Indians. He’s a strong defender that many would have a hard time trying to back down and get inside. When guarding off-ball he has the presence and awareness to time when to slide and present help defense to cut off shooting angles.

Mikey Luce (Bayport)- Luce has continued to get better and better over the course of time. He had a big time summer which was on display at the National Lacrosse Invitational with his stout on-ball defense and his ability to carry the ball and find the back of the net with some pole goals.

Pat Mullin (South Side)- Mullin brings a ton of size and length to the table that can make him a matchup nightmare for opponents. He’s another defenseman that makes a living off of creating takeaways with many of them being because of guys trying to get by him. Mullin has very good lateral movement to stay attached to his man.

Rowan Collins (Manhasset)- Another 2022 Manhasset state champion, Collins often lines up on the wing and has some offense in his game, turning ground balls into transition offense. Don’t be surprised to see an occasional pole goal from him every now and then to go along with some of the hard hitting stick checks he delivers.

Ryan Wieczorek (Massapequa)- The Massapequa Chief plays both LSM and close defense. He is a can’t miss when lined up on the wings and has an incredible nose for those loose 50/50 balls which are often the beginning of good things happening on the offensive end.

Tom Cieleski (Long Beach)- Cieleski is another pole that can play a combination of close defense and LSM. When playing close defense he’s aggressive and isn’t afraid to deliver a hit to cause a turnover. He also has speed in his game which is shown when clearing the ball up the field.

Vincent Bolognino (Harborfields)- Bolognino is someone that simply knows how to get after it and will come up with a lot of takeaways. His high energy and intensity can lead to him sending some sticks flying with those yard sales. He’s also such a valuable player for Harborfields because you can put a pole in his hand or a short stick and have him play midfield.