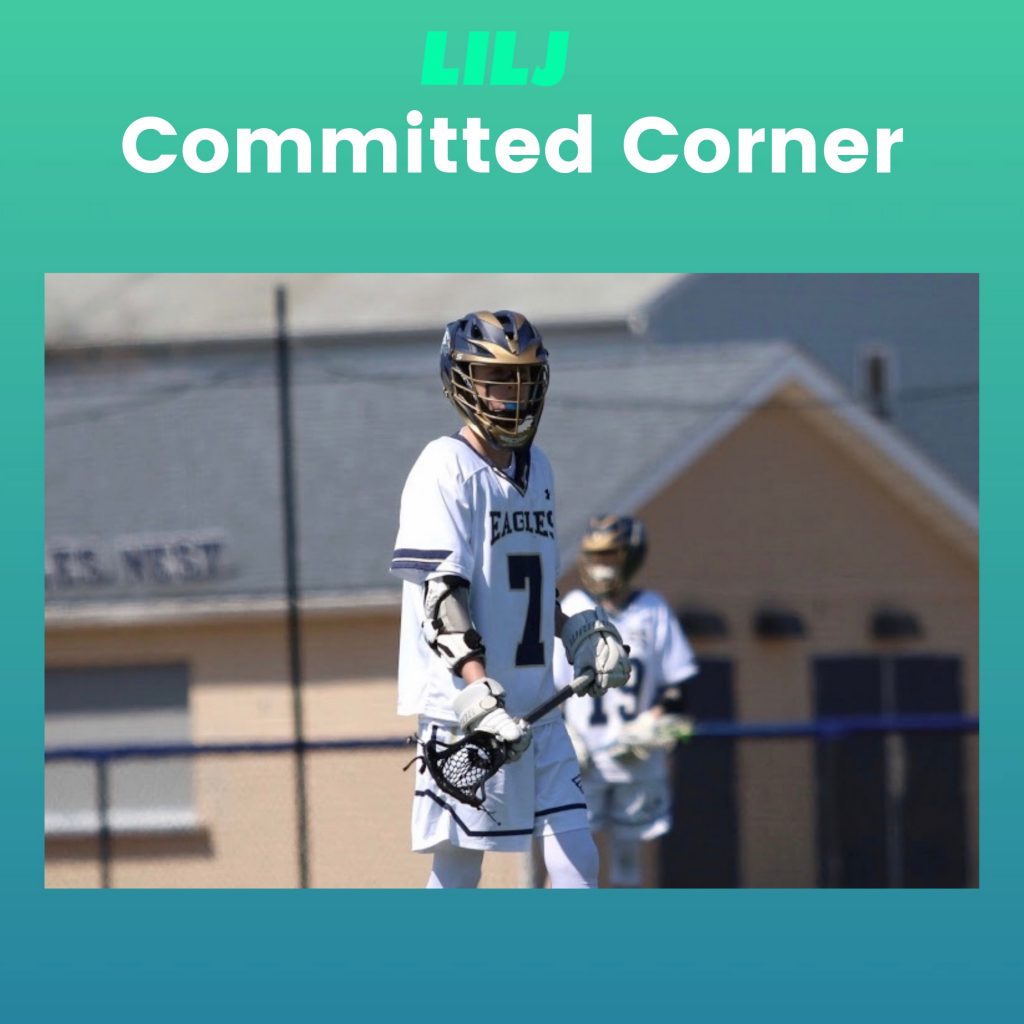 Kylie Budke (2022, Midfield Mount Sinai) UMass Lowell: Mount Sinai’s Budke is a hard-nosed midfielder with a clear knack for scoring. She is great at cutting to the net and on transition, using her blend of agility and footwork to her advantage. Budke is comfortable in traffic, does well in finding her teammates, and has a laser of a shot. The recent UMass Lowell commit is set to have to her best year yet with the team.

Allison Masera (2022, Midfield, Eastport South Manor) Stony Brook: Junior Allison Masera will surely be an asset to her Eastport South Manor team. She has shown off her skill as a nifty two-way and will provide the backbone for her team this season. Expect her to step into a greater leadership role, one that will serve her well when joining sister Ellie at Stony Brook University in 2022.

Maddie Cannon (2022, Midfield Sacred Heart Academy) Lafayette: Cannon is a fantastic tw0-way player for Sacred Heart Academy. She shows a distinct feel for the game, controlling the pace and being a noticeable difference-maker with her play. She is speedy and possesses a great scoring ability which makes her a threat to any opposing defender. The Lafayette commit is expected to go off this year.

Ryan Smith (2021, Attack, Bethpage) Mercy College: Bethpage’s Ryan Smith is a dangerous scorer. The senior has an absolute cannon of a shot which allows him to score from range. He has a fantastic lacrosse IQ and paired with a keen passing ability, Smith makes the game look easy. The Mercy College commit steps into a huge leadership role offensively and should have his most distinguished campaign yet.

Michael Faraone (2021, Attack, Carey) Penn State: Michael Faraone should do big things this season for Carey. The recent Penn State commit already had a field day in 2019 when he scored 29 goals and provided 20 assists for the team. He is a great team player who always aims for the best look possible. He has also shown off his chops on defense, a skill that should serve him well during the 2021 season.

Louis Griffin Minuto (2021, Faceoff, Garden City) Muhlenberg: Faceoff Specialist Louis Griffin Minuto is a hard-nosed midfielder with the grit needed to make a huge difference for Garden City. Never afraid of the hard contact, the player does well in retrieving the ball and converting downfield. He has fantastic vision and passing game which continues to improve over time. Look for the Muhlenberg commit to surprise in the new season. 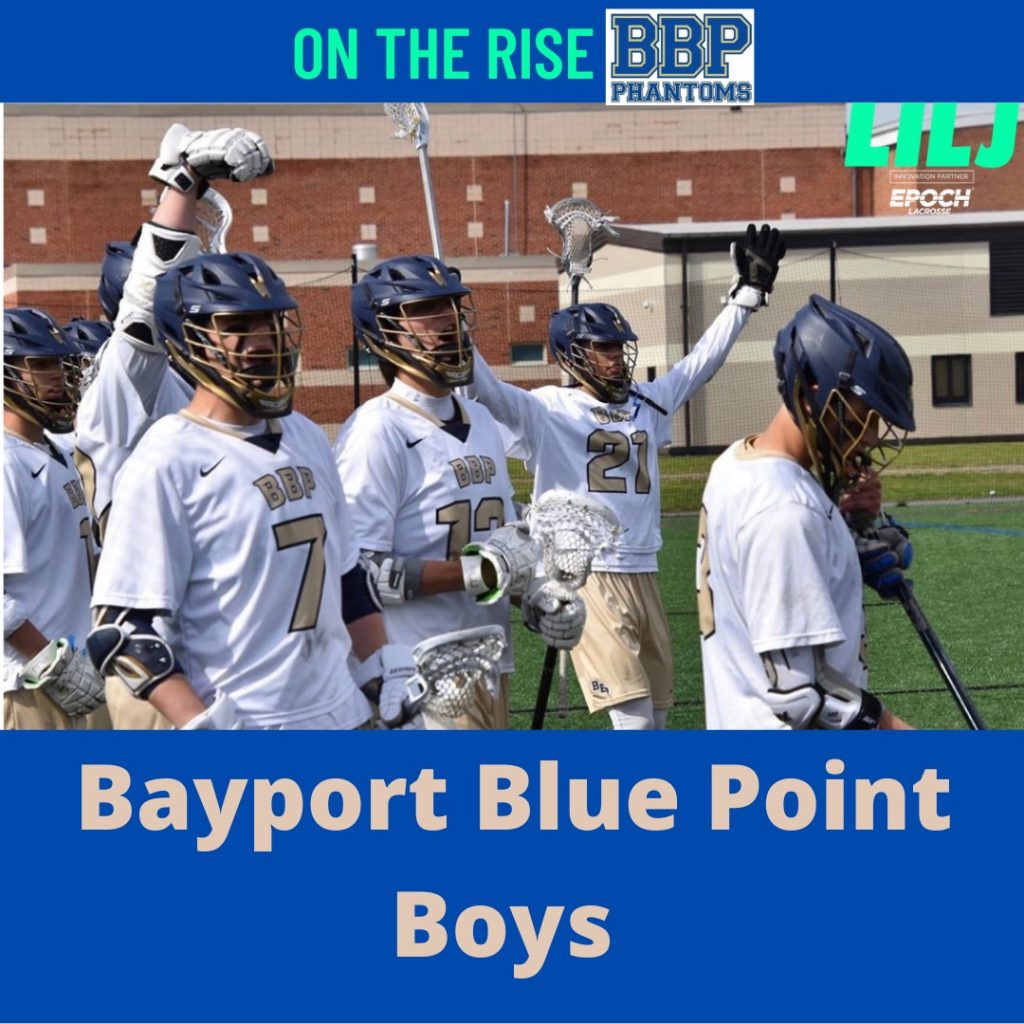 A lot has happened for the Bayport Blue Point Boys since their 2019 season. The team went 12-5 when they last took the field, an effort that was aided by offensive catalysts like James Ringer and Devin Benvenutti. With their departures, the question has to be asked: Who will step up in their absence? Head Coach Doug Meehan provided some of these answers; while the team did miss their “bridge year” due to the pandemic, he is confident that his team of young talent will make a splash in their 2021 campaign.

END_OF_DOCUMENT_TOKEN_TO_BE_REPLACED 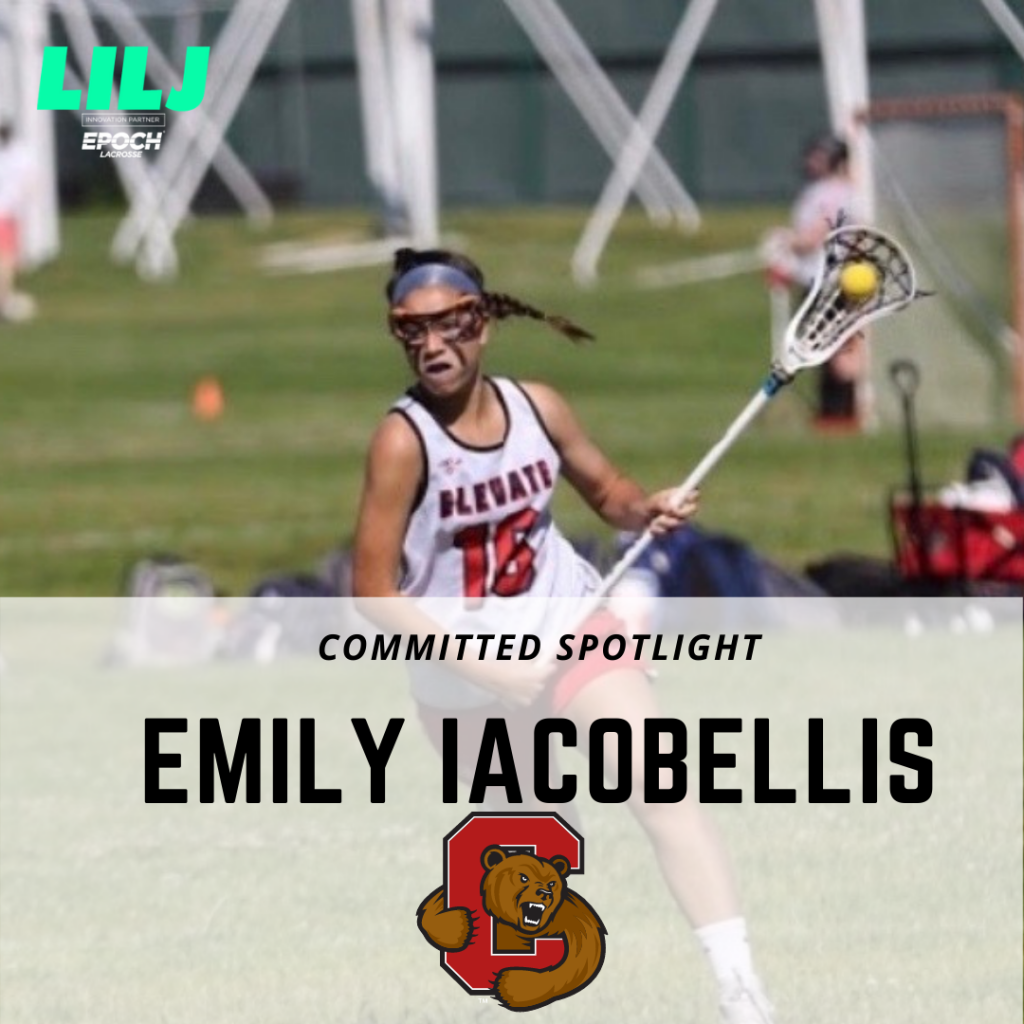 Emily Iacobellis of South Side is regarded as one of the top players in the class of 2022. She has recently committed to Cornell University to play collegiately. Cornell will be getting a tremendous offensive talent in Iacobellis. As a freshman in 2019, she was among the top scorers on her team with 24 goals, while also recording six assists for the Cyclones. Iacobellis will look to have an even better season in 2021, and is working on developing her game even further so that she will be ready to play with and against some of the best competition the Ivy League has to offer. Read more down below about Iacobellis as she spoke with the LILJ about her college commitment.

END_OF_DOCUMENT_TOKEN_TO_BE_REPLACED 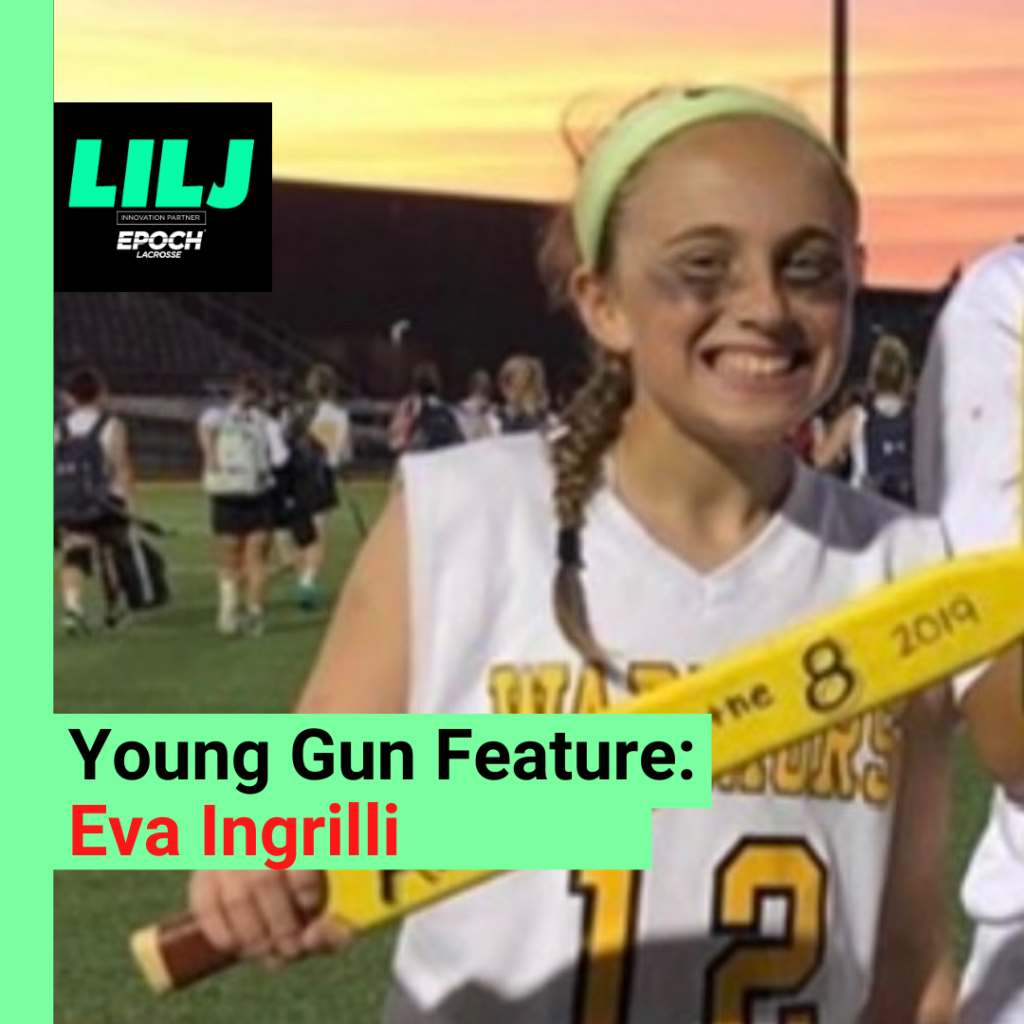 Wantagh’s Eva Ingrilli is looking to have her best season yet in 2021. Playing the attack position as an eighth grader in 2019, Ingrilli had the opportunity to contribute to Wantagh’s surprising run to the county title game. She has put in tremendous work in many different parts of her game, and will play a key role in the team’s success this upcoming season. The Warriors will certainly be a team that everyone has on their radar, and Ingrilli has a high level of confidence that they can make another deep run in the playoffs. Looking down the line, Ingrilli has the desire to play at the collegiate level after she graduates high school. Get to know more about Eva Ingrilli down below as she recently spoke with the LILJ about how she began playing lacrosse, and some of the people that have helped her the most in her career.

END_OF_DOCUMENT_TOKEN_TO_BE_REPLACED 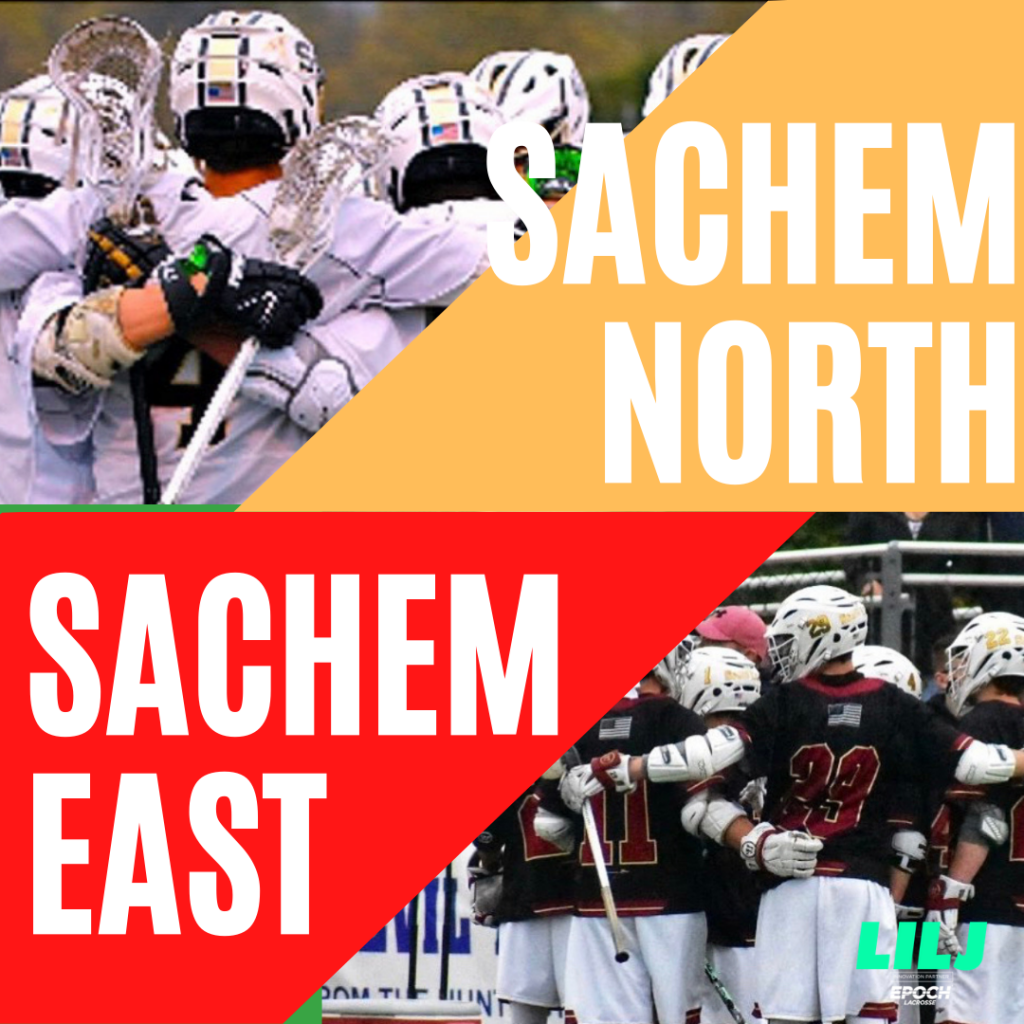 Sachem North and Sachem East are two cross town rivals in Suffolks Conference A. Both teams are very evenly matched which makes for some epic battles on the field. In the most recent installment of the North vs East rivalry, Sachem North came out on top with an 11-8 victory back in 2019. The victory for North proved to be the difference in them finishing one game better than East in the standings (9-8). One the girls side, the same thing can be said with both teams very evenly matched. Each team finished 8-9 in a very tough Suffolk County Conference A. It was East who got the upper hand in their latest encounter with a convincing 10-3 over north. As each team heads into the 2021 season with a lot to prove, expect nothing less than an epic showdown between these cross town rivals.

END_OF_DOCUMENT_TOKEN_TO_BE_REPLACED 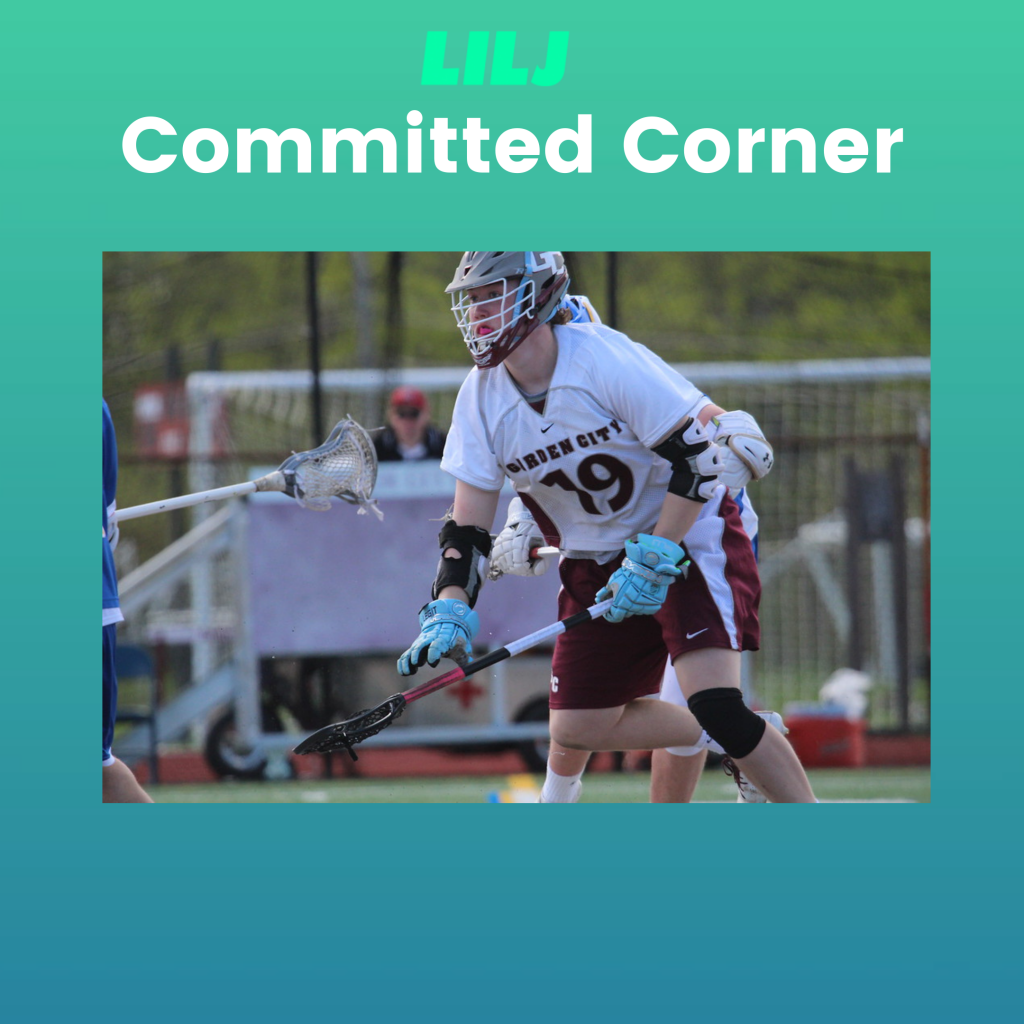 Check out our Committed Corner for the Week of 10/12

END_OF_DOCUMENT_TOKEN_TO_BE_REPLACED 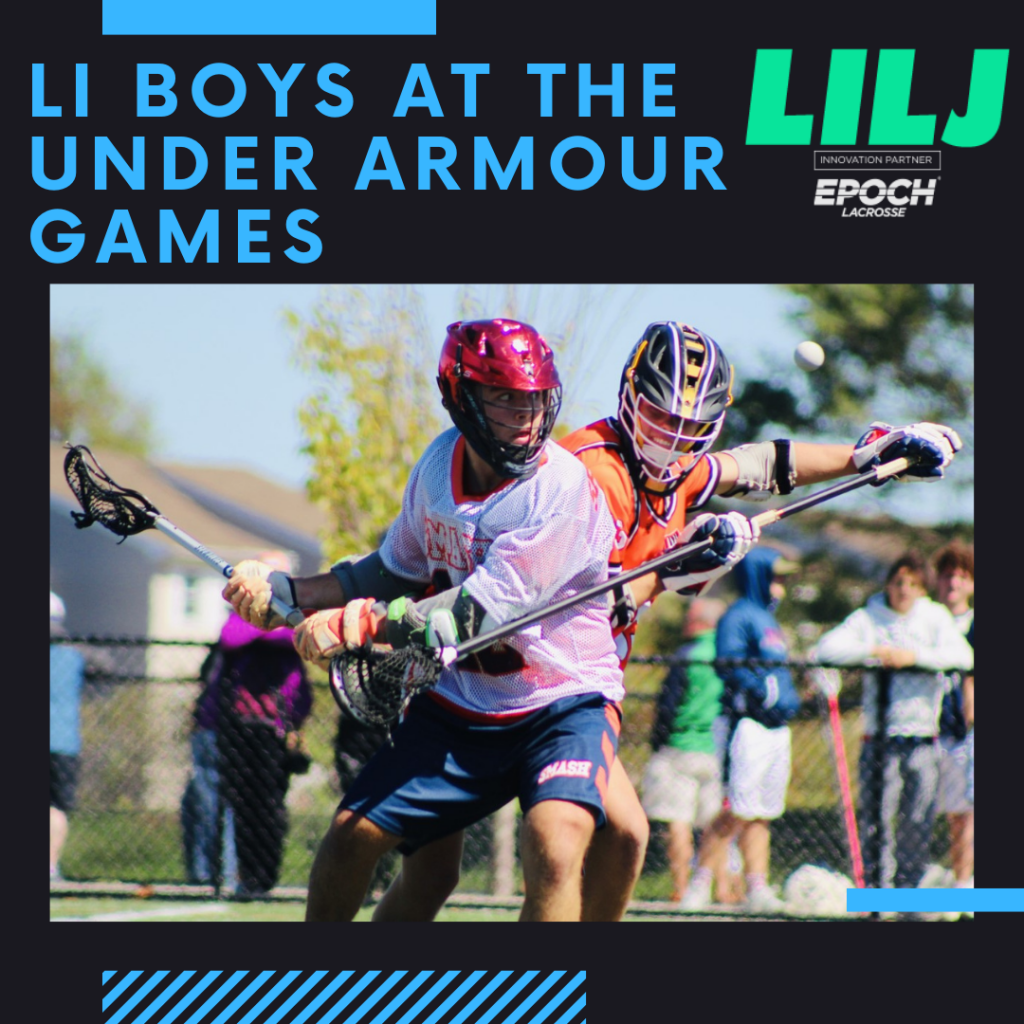 The talent of the athletes that will be representing Long Island on October 17th and 18th weekend at the UA Event in Virginia is absolutely iconic. This event has teams coming from all across the United States to represent their regions to compete for the bragging rights as the best in the US. The Long Island teams Highlight (2021/2022) and Command (2023) aim to make their mark as some of the best in the nation. Best of Luck Boys!

The rosters of the teams are listed here:

END_OF_DOCUMENT_TOKEN_TO_BE_REPLACED

On the Rise: Sayville Girls Lacrosse 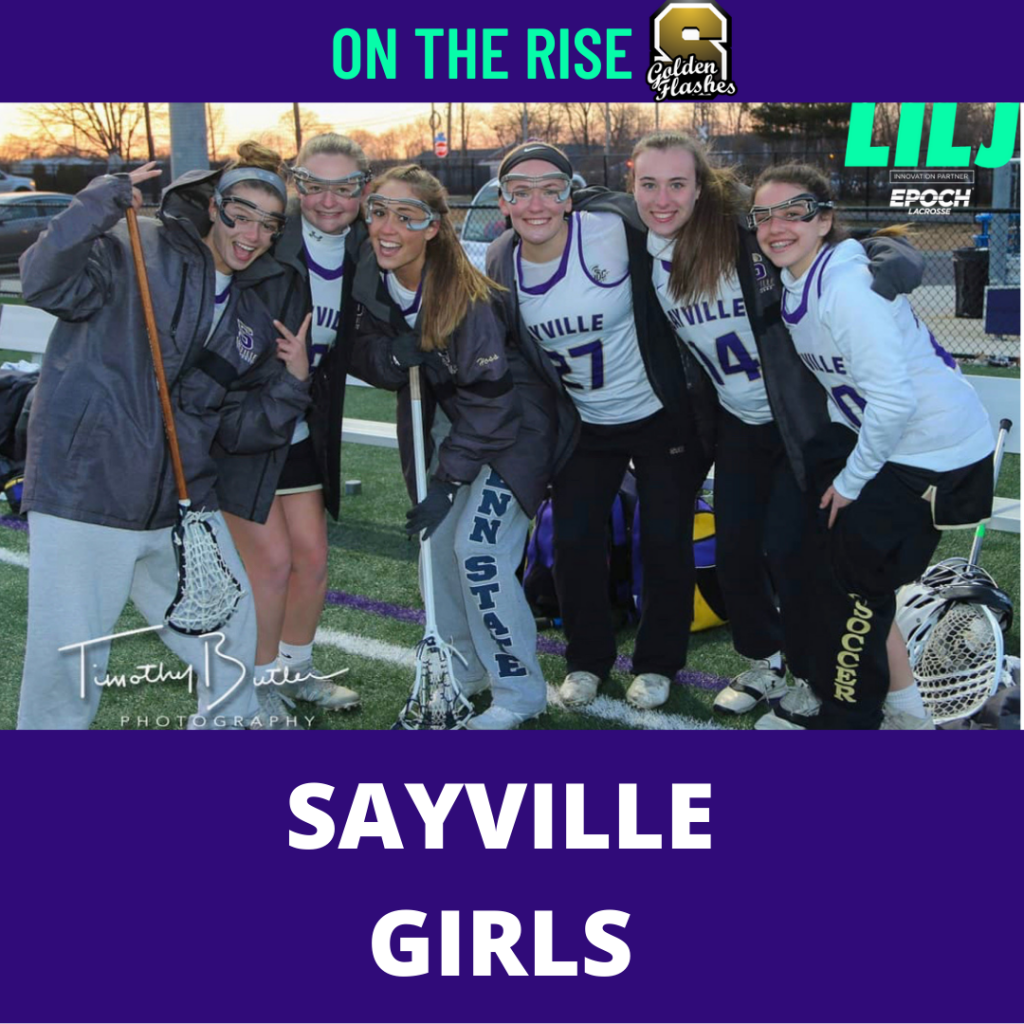 After going 10-7 in 2019, the Sayville Girls Lacrosse team only looks to improve in 2021. The departures of older talent such as Emily Manning and Hailey Ross leave room for strong new leadership. One of the huge perks this team looks to take advantage of this season is their offense; a powerhouse unit of scoring talent shined during the 2019 season. It is the hope of Head Coach Adam Sznitken that this year, the team can do it again.

END_OF_DOCUMENT_TOKEN_TO_BE_REPLACED 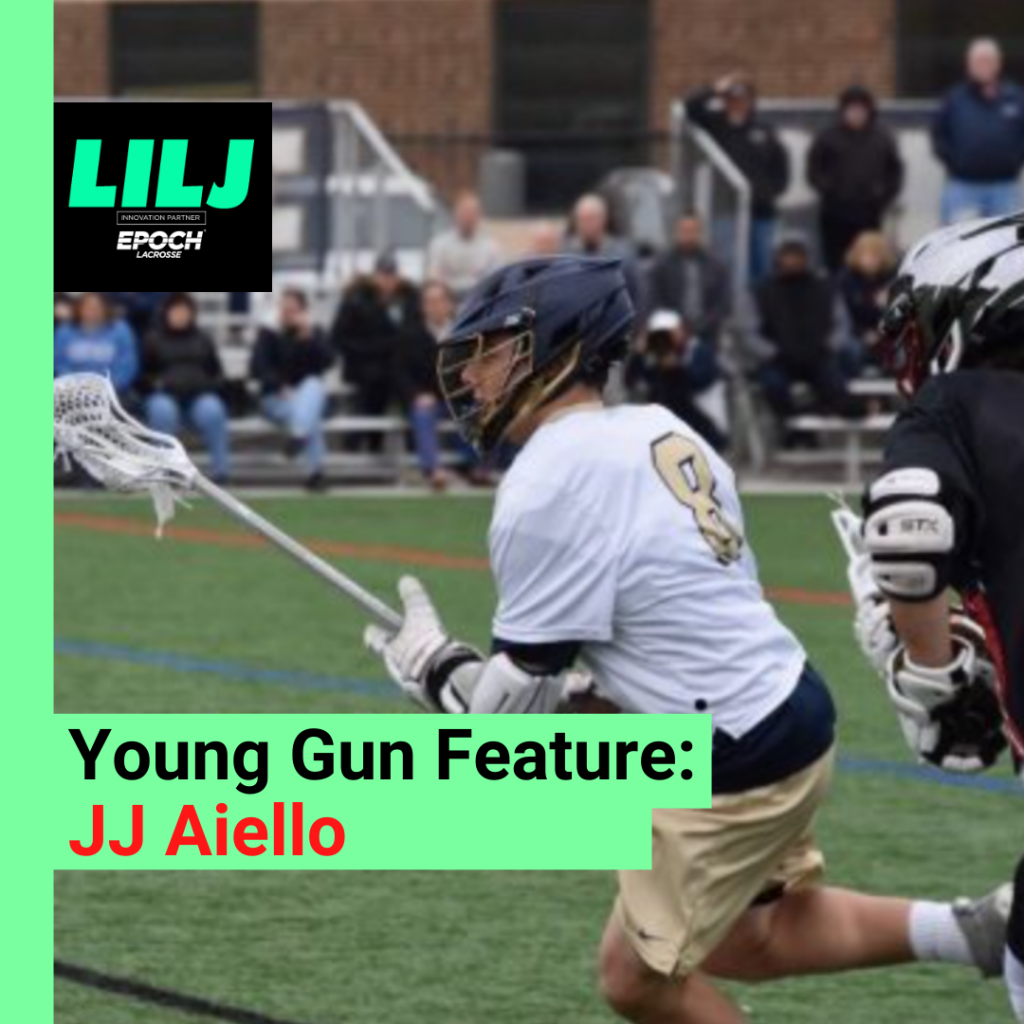 JJ Aiello is one of the top players in the class of 2023. The midfielder from Bayport was a key contributor for the Phantoms in 2019. As an eighth grader he scored 17 goals and dished out 13 assists helping the Phantoms to a 12-5 record. This upcoming season, look for Aiello to be even better as he has been working tirelessly to improve his game even more. He is part of a strong squad that the Phantoms have in 2021 that’s looking to make some serious noise in the playoffs. Read more about JJ Aiello as he recently spoke with the LILJ about how he views himself as a player, and his desire to play in college.

END_OF_DOCUMENT_TOKEN_TO_BE_REPLACED 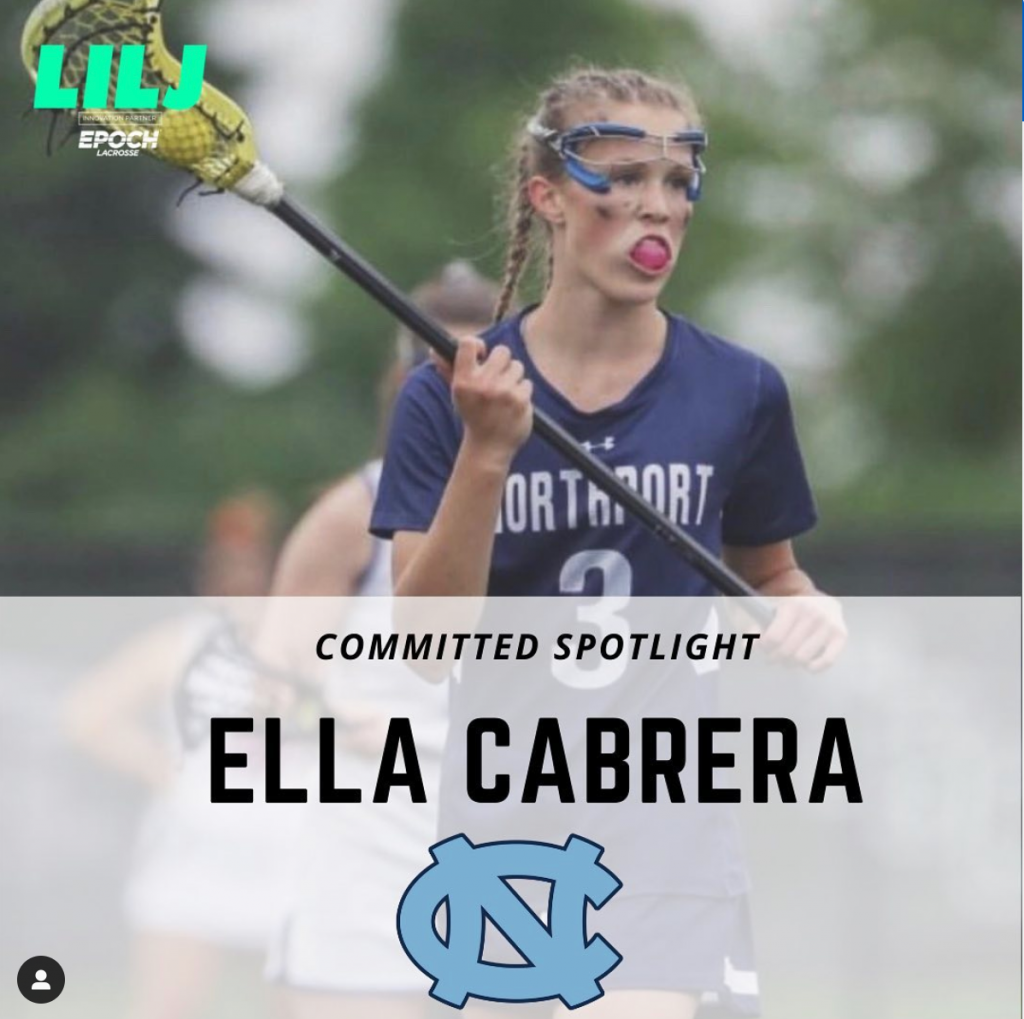 Northport’s Ella Cabrera has announced that she will be playing collegiately at UNC. The Tar Heels are one of the top lacrosse programs in the nation and will be getting a tremendous talent in Cabrera. In the 2019 season as a freshman, Cabrera was an instrumental part of Northport’s team that went all the way and won the state championship. She scored 17 goals and recorded seven assists. Playing for the Tar Heels will give her the opportunity to compete for NCAA Championships and be in rarefied air as a champion both in high school and college. With two more seasons remaining as a Tiger, Cabrera is determined to keep elevating her game and help Northport continue their success. She recently spoke with the LILJ about her commitment to UNC, and her experience playing for Northport. Keep reading down below!